Prosecutors say Tom Barrack was involved in a scheme to garner ‘power and money’; the defence denies he acted as a foreign agent. United States prosecutors have accused Tom...

CHARLOTTE – US PGA Tour commissioner Jay Monahan says the idea of a peace deal with the LIV Golf Series is “off the table” as the sport’s civil war...

The Swedish Golf Federation said on Thursday it would not renew contracts with golfer Henrik Stenson, following his decision to join the controversial Saudi-backed LIV circuit....

THE brutal death of Mahsa Amini at the hands of Iran’s twisted morality police has sparked days of nationwide protests. Mahsa, 22, was beaten to death by the morality police...

Yields on long-dated U.S. Treasuries have been erratic this year and this week, the 10-year Treasury yield crossed 3.5% for the first time in a decade. Following the Fed’s 75bps...

DURBAN, South Africa: Wing Makazole Mapimpi has vowed South Africa will fight fire with fire when they host Argentina in a final Rugby Championship fixture in Durban on Saturday...

XRP moved to a fresh four-month high on Thursday, which comes as volatility in the crypto markets eased, following the latest U.S. Federal Open Market Committee meeting. The token...

LONDON : Surrey won the County Championship for the 21st time and with a game to spare after beating Yorkshire by 10 wickets at The Oval on Thursday. The title was Surrey’s...

Prosecutors say Tom Barrack was involved in a scheme to garner ‘power and money’; the defence denies he acted as a foreign agent.

United States prosecutors have accused Tom Barrack, an ally of Donald Trump, of using his access to the former president to influence Washington’s foreign policy in favour of the United Arab Emirates (UAE).

Barrack’s trial began this week in New York, with prosecutors on Wednesday accusing the 75-year-old of acting as an undisclosed agent of the UAE in a scheme to garner “power and money”.

Barrack, who chaired Trump’s inaugural committee in early 2017, pleaded not guilty to the charges last year.

Matthew Grimes, an employee of Barrack’s investment company, is standing trial with him on similar charges. A third co-defendant, Emirati businessman Rashid Al Malik Alshahhi, is at large.

“When Donald Trump ran for president, the defendants saw an opportunity – an opportunity to use Barrack’s unique access to gain power and money for themselves,” Assistant US Attorney Hiral Mehta told jurors on Wednesday.

But defence lawyer Michael Schachter stressed that there was no evidence that Barrack agreed to act as an agent of the UAE, arguing that he was pursuing his own financial and political interests.

“Tom Barrack is his own man,” he said. “Everything that Tom did, you’re going to see that he did as his own man, making his own decisions.”

The US Department of Justice filed charges against Barrack last year, detailing various incidents in which it says the businessman was acting “at the direction” of Emirati officials to sway the foreign policy positions of the Trump campaign and subsequent administration.

For example, in 2017 Barrack agreed to “promote the candidacy” of an official favoured by the UAE to serve as ambassador to Abu Dhabi, according to prosecutors.

In another example cited by the Justice Department in a statement last year, the government accused Barrack of communicating with his co-accused Alshahhi in September 2017 “about the opposition of the UAE to a proposed summit at Camp David”.

That summit aimed “to address an ongoing dispute between the State of Qatar, the UAE and other Middle Eastern governments, after which Barrack sought to advise the President of the United States against holding the Camp David summit”, the department said.

US law makes it illegal to lobby on behalf of a foreign government or entity without declaring such activities under the Justice Department’s Foreign Agents Registration Act (FARA) database.

Barrack’s trial, which is expected to last a few weeks, comes at a time when Trump is facing a slew of legal issues, including a civil lawsuit by New York prosecutors over allegedly fraudulent business practices and a Justice Department investigation into his possible mishandling of classified documents.

Prosecutors say Tom Barrack involved in scheme to garner ‘power and money’; defence denies he acted as a foreign agent. 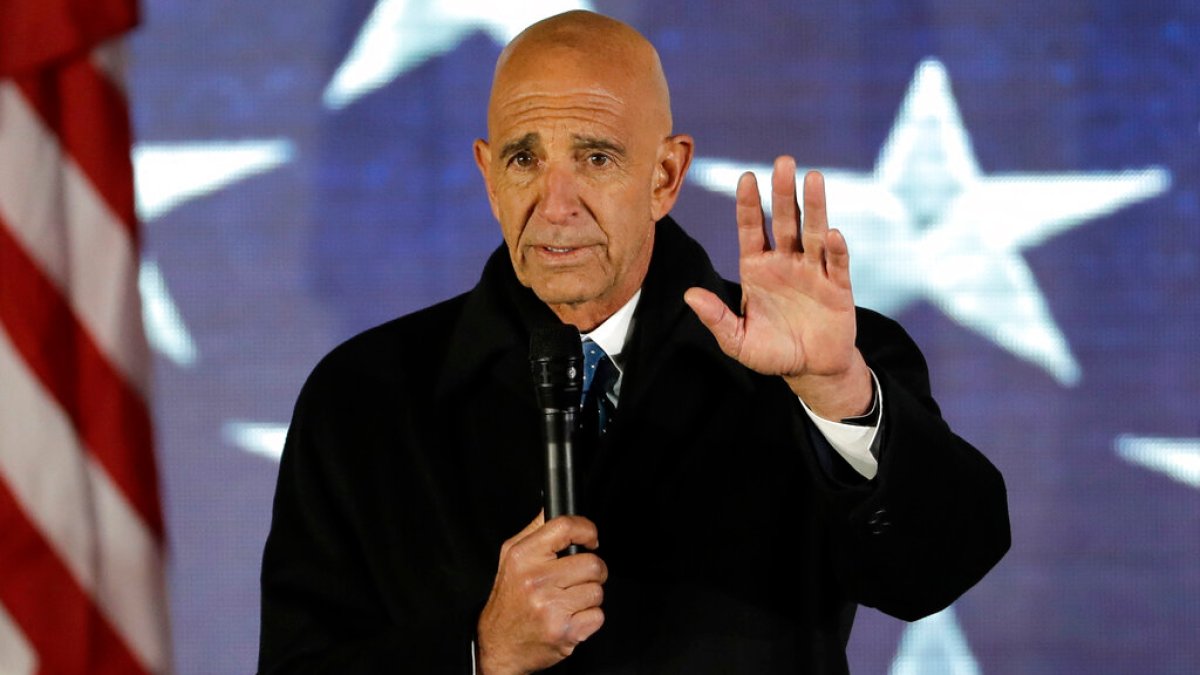 Why AMD Is the Best Growth Stock of 2021

Advanced Micro Devices (NASDAQ:AMD) has had an excellent 2021 and investors are enjoying the growth of the company. AMD stock saw the biggest highs over the past year and was very...

The end of the Saudi era

As we approach the second anniversary of the state-sponsored assassination of Saudi journalist Jamal Khashoggi, Saudi Arabia continues its retreat, losing direction and influence...