Atletico up to second with win in Cadiz

Atletico Madrid turned around a poor first-half performance to score four goals after the break and earn a 4-1 win at Cadiz on Sunday that put them second in the LaLiga standings....

LONDON : Manchester United caretaker manager Michael Carrick said he was leaving Stamford Bridge disappointed after his side were pegged back by Chelsea in a 1-1 draw for his...

AN EVIL husband used a deadly snake to kill his wife as she slept in a bid to get away with murder. Suraj Kumar’s plot was uncovered just months after his 25-year-old wife...

Chelsea’s lead at the top of the Premier League was cut to a point after they were held at home by Manchester United while rivals Manchester City beat West Ham United 2-1 on...

Virgil Abloh: Off-White designer dies at 41 The fashion maverick, also creative head at Louis Vuitton, had been suffering from an aggressive form of cancer for two years Virgil...

TURIN, Italy: Italy forward Federico Chiesa could be out of action until after the Serie A winter break, his club Juventus confirmed on Sunday, after he picked up a thigh injury...

Israel seals borders and Morocco bans flights as Omicron Covid fears rise Red-listing of 50 African countries and use of phone monitoring technology among measures approved by...

Saudi Arabia’s $450 billion Public Investment Fund is negotiating with former White House aide Jared Kushner for what could be a sizeable stake in his new fund, The New York Times...

The second leading crypto asset ethereum has been dealing with high fees since the end of June and today the average ethereum transaction fee is between $5 and $34 per transfer....

LEIPZIG, Germany : RB Leipzig suffered a 3-1 home loss to Bayer Leverkusen on Sunday, their second defeat in a row in the Bundesliga that dropped them to eighth place, piling...

LONDON : Manchester United caretaker manager Michael Carrick said he was leaving Stamford Bridge disappointed after his side were pegged back by Chelsea in a 1-1 draw for his first and perhaps last Premier League game in charge.

“At the moment we’re feeling a little bit frustrated and disappointed really,” Carrick told reporters. “Being in front and suffering from a penalty that I don’t think was a penalty is disappointment.”

Jadon Sancho scored a breakaway goal in the 50th minute, setting United on course for their second win in two games under Carrick, who steered them to a 2-0 Champions League win over Villarreal in midweek after Ole Gunnar Solskjaer’s sacking.

But Chelsea – who dominated the match – drew level 19 minutes later when Jorginho, who was at fault for United’s opener, converted a penalty after Aaron Wan-Bissaka was adjudged to have fouled Thiago Silva.

Carrick said he did not know if he would still be in charge on Thursday when Manchester United host Arsenal or whether Ralf Rangnick, who is due to take over as interim manager until the end of the season, will have arrived at Old Trafford by then.

“As of now I haven’t got any more news for you,” Carrick, a former United midfielder said. “I was purely focused on the game. I am sure I will be updated and then see what happens in the next few days.”

Asked if his decision to leave Cristiano Ronaldo on the bench was something suggested by Rangnick ahead of his arrival in Manchester, Carrick was blunt: “That’s not the case.” 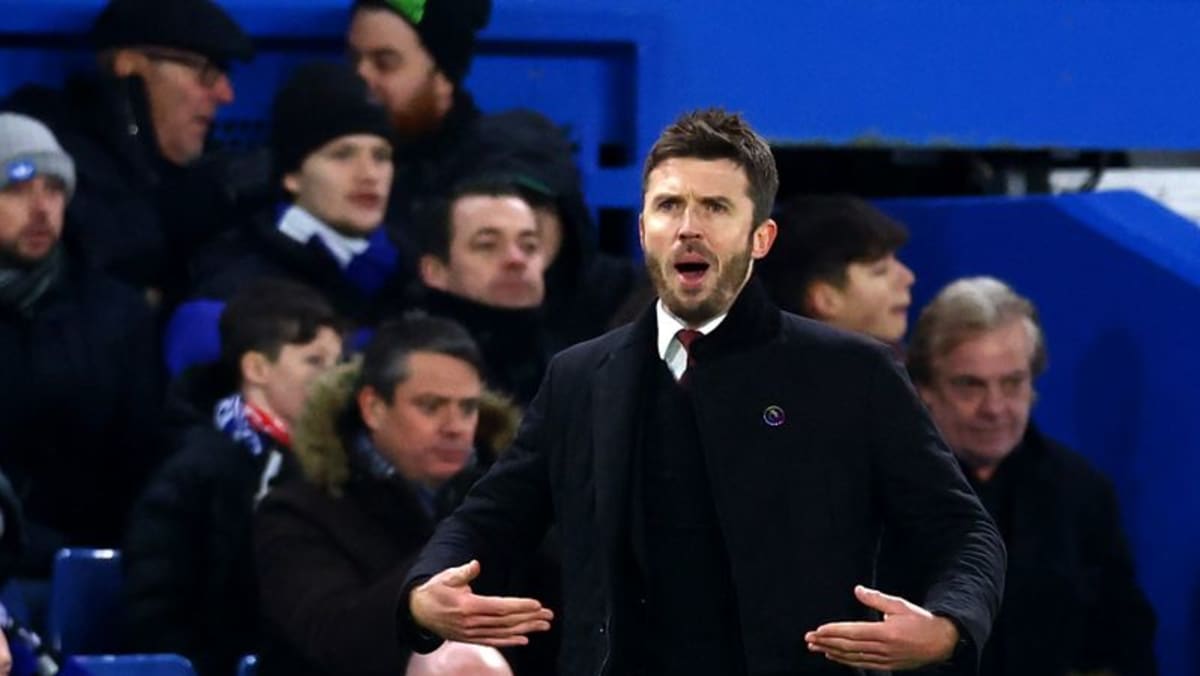 SAKHIR, Bahrain: Lewis Hamilton powered to victory at the Bahrain Grand Prix on Sunday (Nov 29) in a race overshadowed by a horrific crash for French driver Romain Grosjean....

PARIS:  The spectator accused of having caused a massive pile-up during the first stage of the Tour de France cycling race in Brittany will face trial on Oct 14, the local...