When and How to Safely Buy AMD Stock For a Profit

In today’s biggest non-market battle, victory is still up for grabs. But when it comes to semiconductor shop Advanced Micro Devices (NASDAQ:AMD), votes are coming in strong for...

Market by Macy’s Will Save M Stock

Retail has always been a hard nut to crack. But these days, the continued shift in consumer tastes, preferences for omnichannel, mobile shopping and “click & collect” has...

Kohl’s (NYSE:KSS) earnings for the retailer’s fiscal fourth quarter of 2019 have KSS stock heading lower on Tuesday. This is despite its adjusted earnings per share (EPS) of...

3 Good Chip ETFs to Buy No Matter What

Last week, the widely followed PHXL Semiconductor Index slipped nearly 10%. And with the semiconductor industry being one of the primary industries adversely affected by the...

When and How to Safely Buy AMD Stock For a Profit

Sentiman io
When and How to Safely Buy AMD Stock For a...
Posted on 4th March 2020 by Sentiman io

In today’s biggest non-market battle, victory is still up for grabs. But when it comes to semiconductor shop Advanced Micro Devices (NASDAQ:AMD), votes are coming in strong for the bull case during a ‘super’ Tuesday for AMD stock. 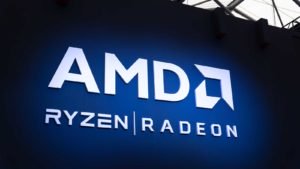 It’s a big day, if not the make-or-break day for the last remaining Democratic nominees, with the multi-state Super Tuesday primary election finally here. And for investors, irrespective of their favored Presidential nomination, the elimination of this uncertainty and who will win can’t come quick enough. Yet at the polls intersecting Wall Street and the price chart, AMD stock is one tech candidate that’s already looking like the real deal for bullish investors.

Amid a quieter session following Monday’s market victory by bulls and last week’s decisive five-day win from the bear camp, Advanced Micro Devices is up about 3.5% intraday Tuesday. What’s more and importantly, shares are demonstrating market leadership for a couple very good reasons.

Off the price chart, AMD shares are benefiting from a bullish upgrade from investment house Piper Sandler. The firm raised its rating on the stock from neutral to overweight and lifted its price target by nearly 25% from $45 to $56. Relative to Tuesday’s intraday market price of $49.35, the recommendation projects a return of 14% over the next 12 months.

Supporting the upgrade Piper’s Harsh Kumar was upbeat on AMD’s increasingly strong and well-positioned product set over the next several years. Short-term, risks due to COVID-19 required the firm to reduce its estimates. Moreover, the firm felt compelled to hike its longer-term forecasts on shares given Advanced Micro’s competitively-valued chips which should allow for ‘significant growth’ and market-share capture in laptops, desktops and the data-center market against chip giant Intel (NASDAQ:INTC).

Aside from Tuesday’s market-leading gains, on the weekly price chart AMD stock is showing the kind of determination which can lead to a longer-term victory for bullish investors. Last week’s broad-based bearish rout sent shares plummeting into a challenge of Fibonacci and price support. And while there’s still work to be done, the expectation is a meaningful bottom is nearby and well-positioned for buying.

Of technical interest to the bull case is Advanced Micro Devices combined testing of its former high from 2000, a 50% to 62% retracement of September’s double-bottom within a larger uptrend and challenge of a key high dating back to 2006. So, what exactly needs to happen next in AMD before a purchase looks more appealing? Not much in our view, but it’s definitely important.

One vote or recommendation is investors wait for last week’s volatile but bullish-positioned doji candlestick formed around this critical support area to be confirmed. This strategy requires shares to rally through $51.24 before a purchase is made. I’d also advise smaller position sizing to accommodate for the pattern’s larger potential draw-down if the candlestick ultimately fails.

Alternatively, if the doji hasn’t signaled but remains intact as stochastics signals a bullish crossover in the coming days, I’d also give the nod for a buy of Advanced Micro Devices stock. In our estimation this type of combined action should also allow investors to buy shares with increased confidence that AMD’s stiff, but quite healthy and common 30% correction is the real deal, beyond what’s looking like a ‘super’ Tuesday.

Disclosure: Investment accounts under Christopher Tyler’s management currently and continue to own positions in Advanced Micro Devices (AMD) and its derivatives, but no other securities mentioned in this article. The information offered is based upon Christopher Tyler’s observations and strictly intended for educational purposes only; the use of which is the responsibility of the individual. For additional options-based strategies, related musings or to ask a question, you can find and follow Chris on Twitter @Options_CAT and StockTwits.

A Super Tuesday elsewhere is looking like a winner for Advanced Micro Devices shares, but two strategies are key to playing the stock successfully.

The post When and How to Safely Buy AMD Stock For a Profit appeared first on InvestorPlace.

The market’s turbulence has caused investors to seek solace in safe investments that offer some protection against wild swings. That said, dividend stocks — or companies that pay...

[Editor’s note: “7 Buyout Targets to Watch for in 2020” was previously published in January 2020. It has since been updated to include the most relevant information available.]...