Olympique de Marseille have signed Jordan Veretout from AS Roma, the Ligue 1 club announced on their twitter account on Friday. The 29-year-old midfielder has made five...

FRANKFURT, Germany: Champions Bayern Munich fired five goals past woeful Eintracht Frankfurt in the first half on the way to an electric 6-1 victory in the Bundesliga season...

Last week, Democrats unveiled climate and health care legislation called the “Inflation Reduction Act,” and there’s a lot of debate over the name of the proposed public policy...

RUSSIAN troops are firing ­missiles and artillery rounds from Europe’s largest nuclear power station — because they know Ukraine ­cannot shoot back without risking a...

ISRAEL has pounded with Gaza with air strikes, killing 15 people, including a senior militant commander and a five-year-old girl. In retaliation Palestinian militant group Islamic...

WASHINGTON (AFP) – Top seed Andrey Rublev set up a double duty quarter-final matchup at the ATP and WTA Washington Open on Friday (Aug 5) by ousting US 13th seed Maxime Cressy in the US Open tuneup.

World number eight Rublev defeated Cressy 6-4, 7-6 (10/8) after one hour and 42 minutes in a match postponed from Thursday due to rain.

Next up for Rublev is 99th-ranked US wildcard JJ Wolf, who beat Danish ninth seed Holger Rune 7-5, 4-6, 6-3 in two hours and 36 minutes in their rain-delayed encounter.

Rublev broke to 2-1 and held from there to win the first set in 35 minutes without facing a break point.

In the second set, Rublev saved a break point in the second game with a backhand winner and battled into the tie-breaker, where he denied Cressy a set point with his eighth ace and captured the victory on his ninth.

Rublev, who had only nine unforced errors, seeks his fourth title of the season after Marseille, Dubai and Belgrade to match Rafael Nadal and Carlos Alcaraz for the most ATP trophies this year.

World number 28 Rune’s back-to-back double faults handed Wolf the first set. The Dane forced a third set only to surrender a break in the penultimate game and fall on a Wolf ace in an eight-minute final game.

Australia’s 63rd-ranked Kyrgios broke US fourth seed Reilly Opelka in the first game after their resumption for a 3-1 lead in the second set and went on to complete a 7-6 (7/1), 6-2 victory.

Kyrgios, who won the most recent of his six ATP titles at Washington in 2019, booked a last-eight date with 10th seed Tiafoe, who reached his first hometown quarter-final by eliminating Dutch eighth seed Botic van de Zandschulp 4-6, 6-2, 6-3. Rain had stopped them after two sets.

Rublev ousts 13th seed Maxime Cressy in a match postponed from Thursday due to rain. 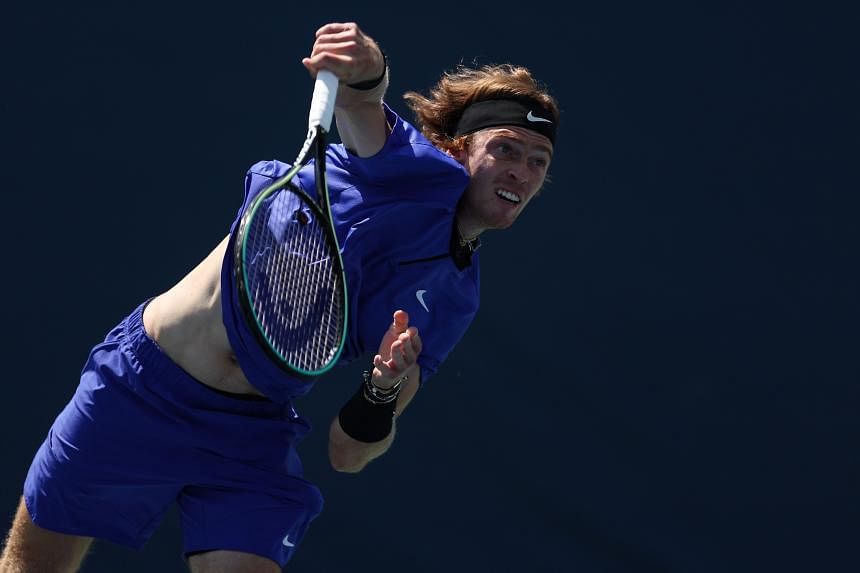 Cricket: ECB to explore use of COVID-19 passports to help fans return

LONDON: The England & Wales Cricket Board (ECB) will look at the possibility of using COVID-19 passports to allow fans to return to stadiums for the upcoming domestic season,...

Veteran Damjanovic signs for Kitchee with record in sight