Buckingham Palace yet to contact Sussexes about bullying inquiry

The Duke and Duchess of Sussex have yet to be contacted by Buckingham Palace after it announced it would launch an investigation into allegations of bullying by the duchess, the...

Martin Lewis grilled Rishi Sunak today on The Martin Lewis Money Show, Live on ITV at 8.30pm tonight, with the Money Saving Expert putting the public’s concerns to the...

Priti Patel has reached a six-figure settlement with a senior civil servant after claims that he was forced out of his job for intervening in her alleged bullying of fellow staff,...

Buckingham Palace yet to contact Sussexes about bullying inquiry

The Duke and Duchess of Sussex have yet to be contacted by Buckingham Palace after it announced it would launch an investigation into allegations of bullying by the duchess, the Guardian understands.

Harry and Meghan will not be personally involved in the investigation as they are no longer part of the royal household, but the Los-Angeles based couple are understood to be hoping to hear details of what the process will entail.

The stark illustration of how far apart the sides are came when it emerged that the Duchess of Sussex had said she could not be expected to remain silent about her experiences of palace life if the royal family was “perpetuating falsehoods” about her and Harry. Dismissing the consequences of speaking out, Meghan said a lot had “been lost already”.

In a second trailer for the couple’s eagerly awaited Oprah Winfrey interview, the US chatshow host asks the duchess: “How do you feel about the palace hearing you speak your truth today?”

In the 30-second clip, released by CBS before the broadcast of the interview on Sunday, Meghan replies: “I don’t know how they could expect that after all of this time we would still just be silent if there is an active role that the firm is playing in perpetuating falsehoods about us.” The reference to “the firm” is shorthand for the institution of the royal family.

It also emerged that the palace is just as much in the dark about the interview as any member of the British public waiting to see it. The Sussexes themselves are understood not to have received any “final cut” from the producers.

The interview was recorded before claims were published in the Times this week that the duchess had allegedly bullied former royal staff, leaving some of them in tears and driving two of them out of their palace roles.

The claims centred on an email sent by the couple’s former communications chief Jason Knauf in October 2018 – five months after the couple’s wedding – reportedly in an attempt to force Buckingham Palace to protect staff, the Times said.

Buckingham Palace has ordered an unprecedented investigation into the claims, believed to be the first such inquiry into the alleged actions of a senior royal, and has stressed it does not tolerate bullying.

Past and present employees will be invited to speak in confidence about their experiences of working for Meghan, after it was alleged she humiliated staff on several occasions and “destroyed” one, while another was left in tears.

Harry and Meghan will not be part of the process. The palace hopes to start the investigation as soon as possible and will report any changes to procedures that might result at a later time.

The couple’s spokesperson has said Meghan is “saddened by this latest attack on her character” and, as a target of bullying herself, is “deeply committed to those who have experienced pain and trauma”.

Sources close to the couple suggested that the emergence of the bullying allegations had been timed to undermine the Oprah interview.

Lawyers for the couple told the Times it was “being used by Buckingham Palace to peddle a wholly false narrative based on misleading and harmful misinformation”.

The newspaper had claimed several sources said Meghan had craved rejection and that she wanted to be a victim so her “unbearable experience” would convince Harry that they had to leave the UK, which her lawyers have denied. The Sussexes believed their staff were comfortable and happy, their lawyers said.

Sources are said to have approached the newspaper over concerns that the picture painted of Meghan in the Winfrey interview would not be a complete one.

Meghan and Harry will not be involved in investigation, announced just before Oprah Winfrey interview

The Duke and Duchess of Sussex have yet to be contacted by Buckingham Palace after it announced it would launch an investigation into allegations of bullying by the duchess, the Guardian understands.

Harry and Meghan will not be personally involved in the investigation as they are no longer part of the royal household, but the Los-Angeles based couple are understood to be hoping to hear details of what the process will entail. 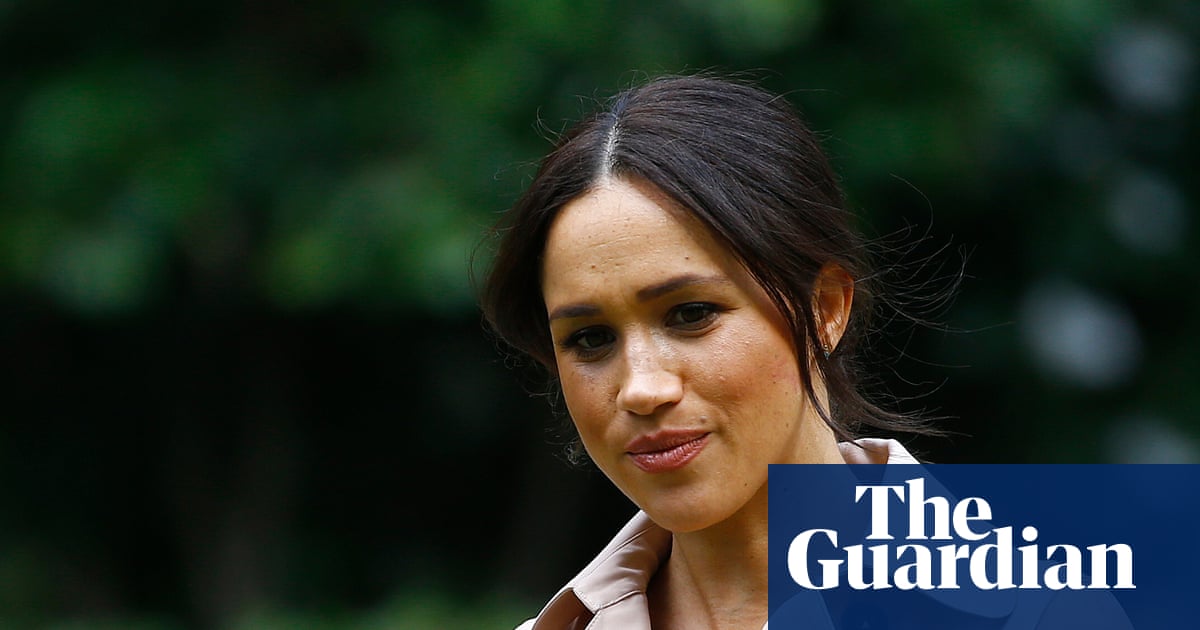 ‘The wounds won’t heal’: Kenya’s agonising wait for justice on killings by police

About this content Sarah Johnson Tue 17 Aug 2021 07.00 BST Paul Kinuthia will never forget the moment he saw his son’s body lying on the bank of the river he played in as a child....

CHILLING pictures show the moment a man wearing a face mask was found collapsed on the street in Rome – as the country’s coronavirus death toll rose to 5,476. The man...