Back to Latest Articles
Technology

What’s the next move for Luckin Coffee (NASDAQ:LK) stock? Shares in China’s answer to Starbucks (NASDAQ:SBUX) soared after its 2019 IPO. Source: Keitma / Shutterstock.com But,...

10 Tech Stocks to Buy on Coronavirus Weakness, According to Wedbush

Thanks to the coronavirus, financial markets are coming off their worst week since the Financial Crisis, with major indices in the U.S. stock market shedding about 12% in five...

You’ve already read the headlines. Stocks across the globe are plunging on concerns that the rapidly spreading coronavirus from China may inflict a bigger hit on the global...

Doesn’t it feel like the world is ending? This is an age of generalized anxiety, and also it’s Super Tuesday.

The internet, being the modern forum it is, has allowed people to see what’s happening across the world in what feels like real time: it is possible to discern the end of contemporary life and convenience in the climate-enhanced natural disasters that happen more regularly than they ever did before, for example, even as it’s very easy to name the ongoing political catastrophes that are reshaping what America itself means. (Joe Biden! Kids in cages! Conveniently timed Supreme Court challenges!) Obviously that’s gotten worse lately, as there’s a significant virus outbreak currently taking shape across the globe.

And yet the task of living leaves little room for despair and, in fact, requires regular transfusions of delight, wonder, and surprise — or, at least, something that feels close. As the critic Hua Hsu observed in this week’s issue of The New Yorker, the present feels like “a seamless seesaw between anxious dread and ecstatic bliss.”

For young people, who have grown up both seeing everything and only recently being able to participate in the systems that affect them — due to a toxic mix of precarious underemployment and student debt — things have come to seem more dire than ever. It has made it hard to feel like an adult. Hence the rise of the word “adulting,” which turns things like doing your taxes into a marker of how grown you are.

At the same time, the corporate world has figured out that it’s easier to sell a vision of an unencumbered life to anxious young people than it is to do almost anything else; it’s why KitchenAid mixers and other markers of conspicuous domesticity can stand in for something like homeownership, at least to a certain segment of people. It’s why all the brands sound like that now. Aesthetics have begun to stand in for financial stability.

Writing in The Cut today, Molly Fischer dwells on millennial aesthetics — both the visuals and the consequences. She writes about an imagined future museumgoer who might stumble across a room that exemplifies this era of design:

There’s a place to do laundry that looks like a spa, a place to get therapy that looks like The Wing, a boutique newsstand that sells scented candles and has an app. A dental clinic called Tend provides “curated, seasonal toothpaste” in what’s billed as “The Brushery”: a “swishy, swirly room just for freshening up” (it has marbleized turquoise concrete sinks). And then there are advertisements, making up a visual world of their own. The products on view — cookware, supplements, stretchy clothes — occupy blank pastel landscapes manipulated by a diversity of hands. These aren’t ads that bellow or hector; they whisper, in restrained sans-serif fonts, or chastely flirt, in letters with curves and bounce. They’re ads, sure, but they’re so well designed.

In this era, you come to understand, design was the product. Whatever else you might be buying, you were buying design, and all the design looked the same.

Later, Fischer points out that the color palettes — muted, pastel — might have something to do with “Now More Than Ever, anxiety, the news,” although she adds that the real point is probably just that the glare of our phones has made looking at gentle things enticing.

At the same time, aesthetics aren’t the whole story, and corporatized self-soothing can only go so far in a world where we’re all aware of the existential threats that the recent global rise of authoritarian politics and a changing climate portend. In another section of New York Magazine, the author Malcolm Harris wrote about a meeting he’d attended with Shell’s top executives on the subject of how the company could transition its business in the face of the public’s changing attitudes toward what it does for money.

Young people are fearful, they have little trust in institutions, and they’re dealing with high levels of stress and anxiety. This has led to generational tension, especially around the existential challenge of climate change. One of the session’s recurring themes was that millennials and Gen-Zers have a stronger moral and ethical drive than their elders, and they expect us to use our values to help force companies to do the right thing.

Which is another way to say that the burden of saving the planet has been thrust upon the shoulders of the young. (Some are born great, etc.) As more young people have become aware of the consequences of inaction — an uninhabitable future, for one thing — and have seen, via the internet, that their struggles aren’t individual but generational, a new moral conscience has started to coalesce alongside the pretty pastels.

It feels very American that corporations are moving to co-opt both the aesthetics and politics of two generations simultaneously; that The Wing and Shell have basically the same kind of assimilationist goals. It’s another reason that Bernie Sanders is wildly popular among the youngs: he is unusually adept at articulating their feeling that society is unfair and that it doesn’t have to be this way — that there is a better, more equitable way forward. That he’s one of the few national political figures that seems to understand why things feel urgent is part of his appeal. If you’ve grown up watching society fail your parents and your peers, the correct thing to do is to blame the structures and institutions that have failed them.

The current contest between Biden and Bernie (and Elizabeth Warren, whose progressive agenda is largely similar to Sanders’) is really a generational one, despite how old everyone is. Biden, who’s been endorsed by nearly all the knocked out former contenders — Beto O’Rourke, Pete Buttigieg, Kamala Harris, and Amy Klobuchar, at the time of this writing — is making the largely aesthetic argument that the status quo is worth saving because of a vague idea that America isn’t like this. The implied this, naturally, is Donald Trump’s presidency. Sanders and Warren, on the other hand, are speaking about how even the pre-Trump status quo has failed so many, and they’re saying it with real urgency. Paradoxically, the millennials and zoomers aren’t interested in an aesthetic answer to their political convictions.

A few years ago, I went to something called the Adulting School in Portland, ME, as part of a story we were shooting for a television show. While I wasn’t exactly sure what we’d find, I figured it would be a spectacle: the branding was très millennial, and it was billed online as a way to learn basic life skills. After I got there I quickly saw I’d been wrong — the “students” were young, professional women who mostly knew whatever the place was supposed to teach them, there to network and drink wine with like-minded peers. Everyone I spoke to seemed to have a plan for their businesses or their jobs. As I learned how to change a tire in front of the assembled crowd, I realized that the aesthetics had been misleading, and that I had been taken in by believing they meant something. 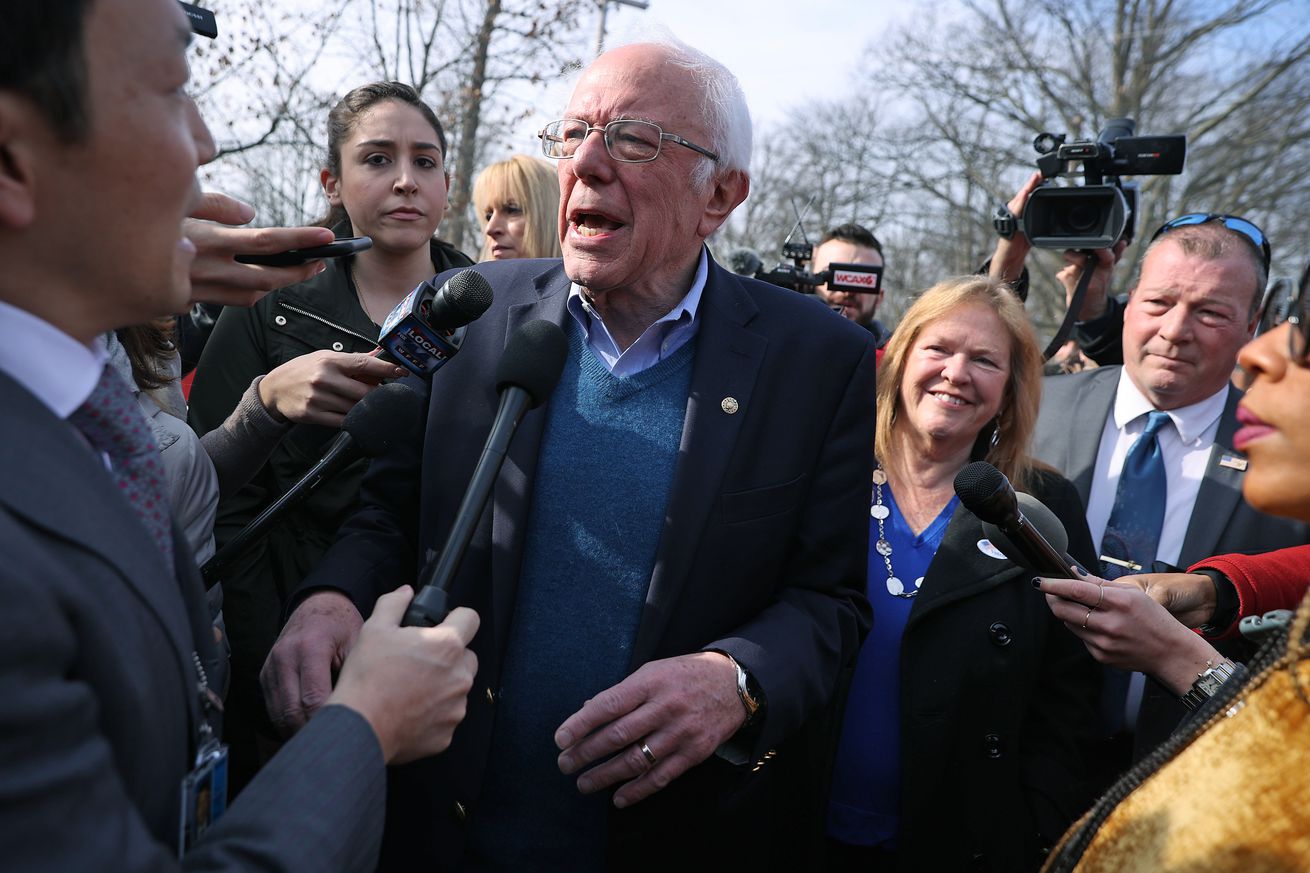 Doesn’t it feel like the world is ending? This is an age of generalized anxiety, and also it’s Super Tuesday.

The internet, being the modern forum it is, has allowed people to see what’s happening across the world in what feels like real time: it is possible to discern the end of contemporary life and convenience in the climate-enhanced natural disasters that happen more regularly than they ever did before, for example, even as it’s very easy to name the ongoing political catastrophes that are reshaping what America itself means. (Joe Biden! Kids in cages! Conveniently timed Supreme Court challenges!) Obviously that’s gotten worse lately, as there’s a significant virus outbreak currently taking shape across the globe.

And yet the task…

Over the last decade, Pixar has added a new trick to its considerable list of talents: the missable blockbuster. A truly bad Pixar movie is still extremely rare, but a serviceable...

Twitch appears to have banned SayNoToRage, a popular Destiny streamer, after several women said that he harassed them or touched them without consent. Their stories played a large...