This summer, over 50,000 trades on popular crypto exchange Kraken, concerning the very controversial alternative coin tether (USDT), were analyzed by journalists, an academic, and... This summer, over 50,000 trades on popular crypto exchange Kraken, concerning the very controversial alternative coin tether (USDT), were analyzed by journalists, an academic, and a former US Federal Reserve regulator. They describe activity monitored as highly unusual in that larger orders of tether failed “to sway prices much.” Red flags were raised due to none of the three analysts having ever “seen a market behave like Kraken.” Is it a case of blatant manipulation or a giant nothing burger?

Tether on Kraken is a Strange Phenomenon

Give it a minute, and Tether will be involved in yet another controversy. Intrepid reporters, Matthew Leising, et al., have once again dived deeply into the ongoing USDT mystery. This time, it’s the concept of ‘wash’ trading, where substantial positions basically trade with themselves to pressure an asset’s price.

Between May 1st through June 22nd of the present year, 56,000 USDT orders on Kraken were monitored. For researchers, even massive trades seemed to not impact tether’s price. In fact, larger trades were indistinguishable in this regard from smaller. The sum of 13,076.389 USDT was one exact anomaly, repeating often enough for analysts to conclude something like bots were active on the exchange. 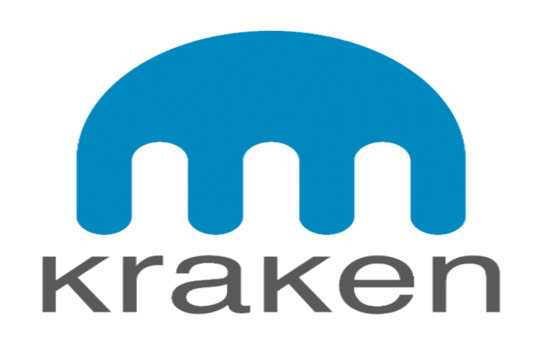 Tether occupies a curious space in ecosystem imagination. It evolved from Realcoin, and has been around for about four years in its present incarnation. Its governing company or outfit appears to have ties to Switzerland and Hong Kong. Last year, publication of the Paradise Papers assumed USDT was birthed by huge crypto exchange Bitfinex, a charge answered by insisting the market maker and Tether Holdings Limited were separated, independent.

In more recent months, USDT has been the subject of attempts to link it to price manipulation, including the notion Bitfinex possibly accounted for half the price runup of late 2017 by trading and inflating tether. Even the US Commodities and Futures Trading Commission (CFTC) is rumored to be investigating both Bitfinex and Tether. The token’s scandalous reputation goes to its heart: each USDT is backed by one United States dollar, or so it is claimed. An audit proved equally controversial, leaving no one satisfied. Nevertheless, it remains consistently in the top 20 most valuable coins by market cap.

The Case for Manipulation

Bloomberg recently suggested tether trading red flags. Enlisting former Fed regulator Mark Williams and NYU’s Rosa Abrantes-Metz, Mr. Leising and his collaborators examined USDT activity on Kraken, finding “oddly specific order sizes—many going out to five decimal points, with some repeating frequently.” Trading bots, if that is what this is, are rather par for the course these days, and hardly controversial. It’s USDT’s lack of responsiveness that has this group searching for explanation. Bitcoin core (BTC), again assuming tether inflation as the cause, jerks and pulls seemingly according to tether dumps, which most would term “normal.” Tether lingers, unresponsive.

The theory goes that with increased demand, an asset’s price should correspondingly increase. One trade, of 75 tether, for example, managed to move the price three naughts and a one after a decimal point, basically nothing. And USDT price should’ve gone up at various other stages, along with pumping the gas with still more tether to bring it to settle. That didn’t happen either. Again, what should be a natural search for equalization through supply is instead, seemingly, being controlled by bots.

Some immediately believe this to be textbook manipulation, but more substantive information is needed before making such an accusation. Still, researchers maintain these kinds of irregularities “would be akin to defying gravity.” The manipulation question first came from a renowned poker player, Andrew Rennhack. He scrubbed data from Kraken, and published his musings. He was one of the first to openly suggest something was amiss.

Later, researchers noticed those oddly specific numbers, such as the 13,076.389 tether, lead them to “suspect that such numbers could be signals to cheaters’ automated trading programs. One possible explanation: The software would look for orders with a unique size, and trade against that.” Taking both sides of a coin gives off the impression of a kind of momentum, and government regulators have seen fit to make doing so illegal. No evidence that Kraken itself is involved in any manipulation has emerged. Kraken CEO Jesse Powell responded, “Nothing looks out of place to us in our publicly available data feed. We have not verified the legitimacy of the data set [researchers] asked us to review.”

Is tether’s price being manipulated? Let us know in the comments.

Images via the Pixabay.

Verify and track bitcoin cash transactions on our BCH Block Explorer, the best of its kind anywhere in the world. Also, keep up with your holdings, BCH and other coins, on our market charts at Satoshi Pulse, another original and free service from Bitcoin.com. This summer, over 50,000 trades on popular crypto exchange Kraken, concerning the very controversial alternative coin tether (USDT), were analyzed by journalists, an academic, and a former US Federal Reserve regulator. They describe activity monitored as highly unusual in that larger orders of tether failed “to sway prices much.” Red flags were raised due to […]

While Steemit is having blockchain issues, check out Pocketnet

Steemit is a blockchain based social media platform where you can get paid to post content. It’s similar to reddit, but each upvote actually gives you tokens. Steem Blockchain...

Blockchain Migration Is All the Rage

On April 24, Gifto announced that it’s moving house from Ethereum to Binance Chain. In doing so, it joins half a dozen other projects that have recently committed to the most...