The Sandbox Alpha Season 2 started on March 3rd and will last until the end of the month, March 31st. Users can download the latest desktop client from the official website and...

Charles Schwab is launching a crypto economy exchange-traded fund (ETF). According to the company’s filing with the U.S. Securities and Exchange Commission (SEC), “Schwab Crypto...

Contracted out Certain working individuals may have been “contracted out” of the state pension. This means they may have paid lower NI contributions to pay into an...

PIP: Five conditions which may provide up to £608 per month from the DWP

A PIP claimant’s main disabling condition is recorded during their assessment in over 99 percent of cases. Of those claims that have had an assessment under normal DWP rules since...

US hunter fined after trophy photo proves he shot sheep in Canada Donald Lee claimed he killed a Fannin bighorn sheep in Alaska but an online sleuth and Yukon conservation...

Paul McCartney and Kendrick Lamar to headline Glastonbury 2022 As the festival returns from Covid-enforced hiatus, over half of the acts announced so far feature women (Clockwise,...

Keeping himself fit to play 100 test matches needed a lot of discipline and lifestyle changes, India’s master batter Virat Kohli said on Friday after reaching the milestone in the team’s opening test against Sri Lanka in Mohali.

Kohli, 33, has scored 27 centuries and more than 8,000 runs in the game’s longest format and was out for 45 to Sri Lanka’s left-arm spinner Lasith Embuldeniya in India’s first innings.

“It’s been tough from the point of view that I have played three formats of the game plus the IPL (Indian Premier League) every year for the last 10-11 years consistently,” Kohli told reporters. “And that obviously is a big challenge in itself.

“I’m immensely proud of how I have handled myself, handled my physique, my fitness levels to come this far. And obviously a lot of discipline, a lot of lifestyle changes.

“As an individual, you understand exactly what it takes to get to this point, and especially playing 100 test matches is something that for me personally has been a kind of a test.”

Kohli has also played 260 one-dayers, scoring 43 centuries, and a further 97 Twenty20 internationals as well as two months of the domestic IPL every season.

His last hundred in tests came in 2019 in a day-night test against Bangladesh at Eden Gardens.

“I’m preparing exactly the way I’ve always prepared and as long as I’m batting well and playing well I’m not bothered at all,” said Kohli, adding that he was disappointed to miss out on Friday after a solid start to his innings.

“As long as your focus is on the right things, I’m not too bothered about milestones. I’m batting well, and that for me is the most important.”

Kohli was congratulated by the home board before the start of play with batting great and current India coach Rahul Dravid handing him a commemorative cap and a memento in the presence of his Bollywood actress wife Anushka Sharma.

The test against Sri Lanka was also Kohli’s first since giving up the captaincy and he felt nervous walking out to bat.

“I had butterflies in the stomach. It was a special moment,” he said.

“I didn’t realise the magnitude of the occasion till the time things got closer to today and how the presentation happened and there were people in the stadium today as well. It was a moment which is very, very special.”

(Reporting by Sudipto Ganguly in Mumbai; editing by Toby Davis) 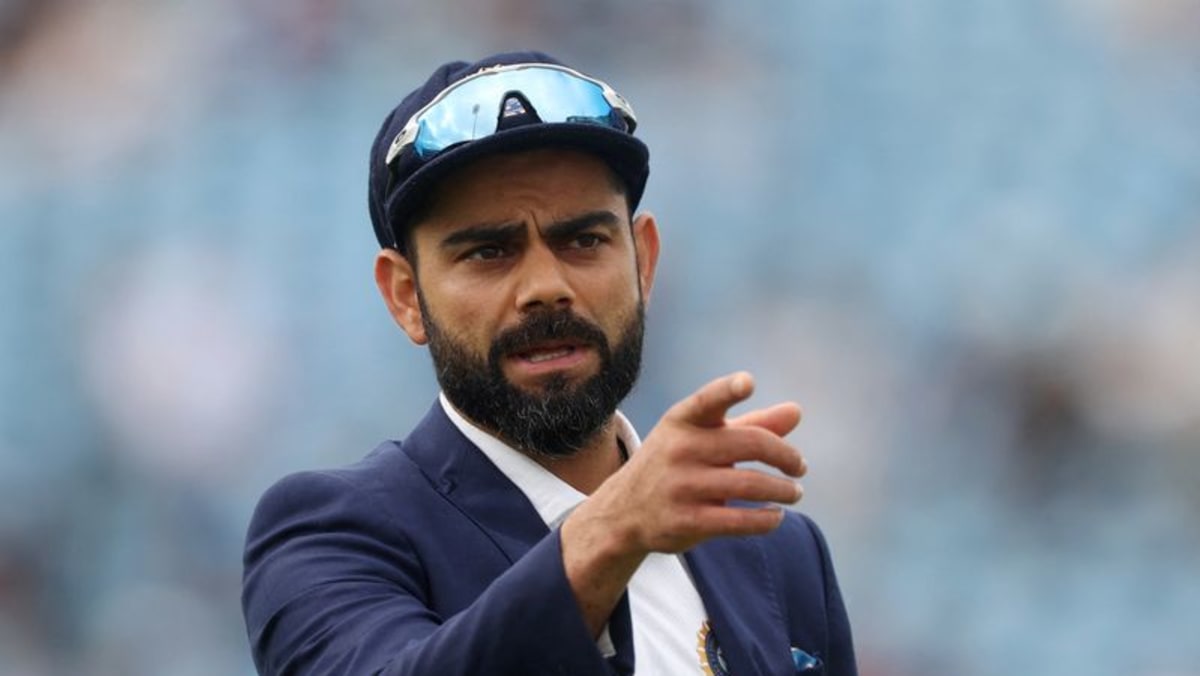 BUDAPEST: Netherlands coach Frank de Boer said Saturday (Jun 26) his sights are set on winning Euro 2020 as the Oranje embark on the tournament’s knockout stage against the...