German police are investigating an “alleged sonic weapon attack” against staff of the US embassy in Berlin, in the latest in a growing number of incidents of “Havana syndrome”...

Police in northern Mexico have discovered more than 600 Central American migrants hiding in three long cargo trucks headed to the United States, in one of the biggest roundups of...

London’s transport network has been granted a high court injunction against Insulate Britain protesters aimed at preventing them from obstructing traffic. Transport for London...

HAMBURG, Germany: Substitute Thomas Mueller scored an 81st minute winner to complete Germany’s 2-1 comeback win over visitors Romania in their 2022 World Cup qualifier on Friday (Oct 8) that kept them on course for a spot in next year’s tournament.

The Germans, who have now won all four matches under new coach Hansi Flick, lead the standings in Group J with 18 points from seven matches, six ahead of North Macedonia and Armenia.

They have conceded just one goal in their last four matches could now seal their spot with a win over North Macedonia next week.

“We were engaged but it was not a good feeling going into the break at 1-0. We did get the two goals then,” Mueller said.

“We know that when we fall behind we can continue to trust each other and do the things that set out to do, and it is good to see it then reflected in the result. It was a good evening for us.”

The hosts had the upper hand but it was the visitors who struck first with Ianis Hagi taking on two defenders, slipping the ball through the legs of Antonio Ruediger and then drilling in for the lead in the ninth minute.

Germany had possession and full control, spending most of the first 45 minutes in the Romanian half but lacking some clinical finish, with Serge Gnabry and Leon Goretzka coming close.

They did, however, repeatedly look vulnerable when Romania counter-attacked, as they had done with Hagi to take the lead.

Gnabry did find the deserved equaliser in the 52nd, firing in a low shot from the edge of the box for his 20th goal in his 30th international appearance.

Flick had pledged a high intensity performance from his team and they kept combining well and attacking as Romania, defending with five players, gradually grew tired and pulled back deeper into their own half.

After Gnabry and Havertz came close, Germany, with more than 70per cent possession throughout the game, got the winner when Mueller, who had come on midway through the second half, tapped in at the far post after Goretzka headed on a corner. 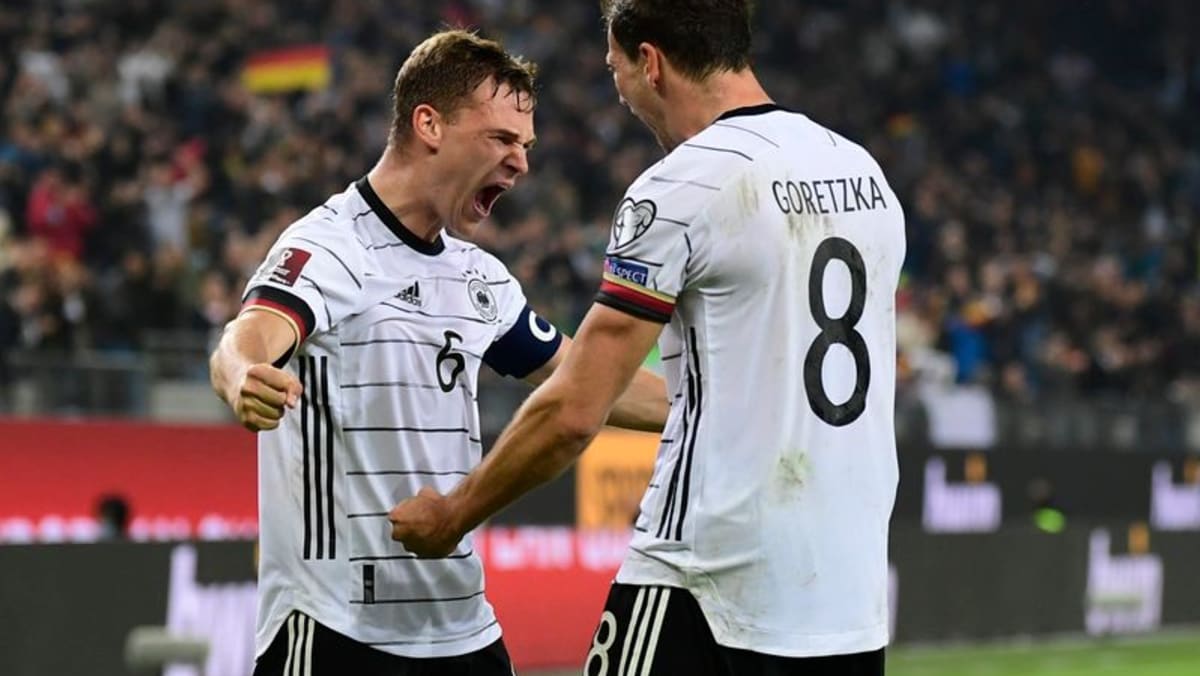 Williamson leads Pelicans to a sweep over Trail Blazers

PORTLAND • Humility is what makes a great player and Zion Williamson knows this well. The forward, 19, scored a team-high 25 points to lead the New Orleans Pelicans to a four-game...

WELLINGTON: Henry Nicholls rode his luck to shore up the New Zealand innings at tea on day one of the second Test against the West Indies in Wellington on Friday (Dec 11). After...