Kohl’s (NYSE:KSS) earnings for the retailer’s fiscal fourth quarter of 2019 have KSS stock heading lower on Tuesday. This is despite its adjusted earnings per share (EPS) of...

3 Good Chip ETFs to Buy No Matter What

Last week, the widely followed PHXL Semiconductor Index slipped nearly 10%. And with the semiconductor industry being one of the primary industries adversely affected by the...

Kohl’s (NYSE:KSS) earnings for the retailer’s fiscal fourth quarter of 2019 have KSS stock heading lower on Tuesday. This is despite its adjusted earnings per share (EPS) of $1.99, which is well above Wall Street’s estimate of $1.88 per share. Its revenue of $6.83 billion also goes beyond analysts’ estimates of $6.52 billion. 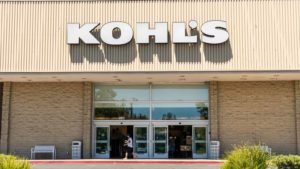 Now, let’s take a closer look at the most recent Kohl’s earnings report.

Michelle Gass, CEO of Kohl’s, had this to say about the KSS stock earnings:

“While 2019 was a year in which our financial results did not meet our expectations, it was also a year of innovation and investment that further strengthened Kohl’s differentiation in the market. We are encouraged by the acceleration of traffic and new customer acquisition in our stores and online driven by the unprecedented level of new brands and partnerships we launched during the year.”

The Kohl’s earnings report also includes its fiscal 2020 guidance. This has the company expecting EPS of between $4.20 and $4.60. For comparison, Wall Street is estimating EPS of $4.59 during the year.

KSS stock was down 3.07% as of Tuesday afternoon.

As of this writing, William White did not hold a position in any of the aforementioned securities.

Kohl’s (KSS) earnings for the retailer’s fiscal fourth quarter of 2019 have KSS stock heading lower on Tuesday despite beating estimates.

China on Thursday removed the top political leadership in Hubei, the province at the centre of the escalating coronavirus outbreak, shortly after health officials there reported...

Beyond Meat Stock Is Getting Grilled in 2020

On its face, Beyond Meat (NASDAQ:BYND) stock seems like an attractive pick. I’m a big proponent of investing in hypergrowth trends — and Beyond Meat is a play on the fast-growing...