Mexican security forces have arrested the leader of the Santa Rosa de Lima gang who spread violence through north-central Mexico and fought a years-long turf battle with another...

Hello it is I, your intrepid murder hornet correspondent. What’s a murder hornet, you ask? I wish I did not know. But as I wrote back in May, the Asian giant hornet (its official...

SILVERSTONE, England (REUTERS) – A lucky Lewis Hamilton limped home to a record seventh British Grand Prix victory with his heart in his mouth, a prayer on his lips and...

Israel’s Netanyahu rails against protesters asking him to resign

Israeli Prime Minister Benjamin Netanyahu has railed at swelling protests against his rule, saying they are being egged on by a biased media. Netanyahu has faced a wave of...

SILVERSTONE: Daniil Kvyat escaped unhurt when he crashed heavily after suffering a puncture on lap 13 of Sunday’s British Grand Prix, wrecking the rear end of his Alpha...

REUTERS: When Inter Milan coach Antonio Conte faces the cameras after a match, it is a case of lighting the blue touch paper and standing well back. In his first season at Inter,...

South Africa registers more than half a million coronavirus cases

South Africa has registered more than half a million confirmed cases of Covid-19, health officials have said, as the government struggles to retain public trust amid allegations...

The US military has called off a search for seven marines and a sailor missing at sea for days, saying they were presumed dead.  The military personnel were aboard an amphibious...

Mexican security forces have arrested the leader of the Santa Rosa de Lima gang who spread violence through north-central Mexico and fought a years-long turf battle with another powerful criminal cartel.

Officials in the state of Guanajuato said Jose Antonio Yepez Ortiz, better known by his nickname “El Marro”, which means “The Sledgehammer”, was captured on Sunday along with five other people.

Security forces rescued a kidnapped local businesswoman during the operation and also secured an “arsenal” of weapons, the Guanajuato attorney general’s office said.

Security Minister Alfonso Durazo said Yepez would be taken to the Altiplano penitentiary, a maximum-security prison where drug lord Joaquin “El Chapo” Guzman was housed before he escaped through a tunnel in 2015. Guzman was recaptured in 2016.

Yepez’s arrest is considered a major coup for Mexican President Lopez Obrador, who pledged during his 2018 campaign to bring down record levels of violence plaguing the country.

Instead, gang violence has further increased during his presidency, with homicides reaching a record rate in 2019.

Yepez’s Guanajuato-based gang has been engaged in a bloody struggle for criminal control of the state with the Jalisco New Generation Cartel (CJNG), one of the country’s most powerful and violent groups.

The turf battle with Jalisco turned the industrial hub, with its foreign auto plants and parts suppliers, into the most violent state in Mexico.

Yepez is considered one of Mexico’s most-wanted bosses and has appeared in expletive-laden videos threatening his enemies.

He built his gang’s wealth by drilling into the pipelines that crisscross the state and then selling the fuel on the black market, as well as robbing trains.

In June, a clip of an emotional Yepez lamenting the arrest of his mother and sister, who were taken into custody with 30 gang members, was widely broadcast on national media.

The women were freed days later, and both claimed they had been tortured.

On July 24, the authorities also arrested a top Yepez lieutenant and head of one of the group’s cells, Jose “El Mamey” Guadalupe.

Jose Antonio Yepez Ortiz, the leader of the Santa Rosa de Lima gang, was one of Mexico’s most wanted crime bosses. 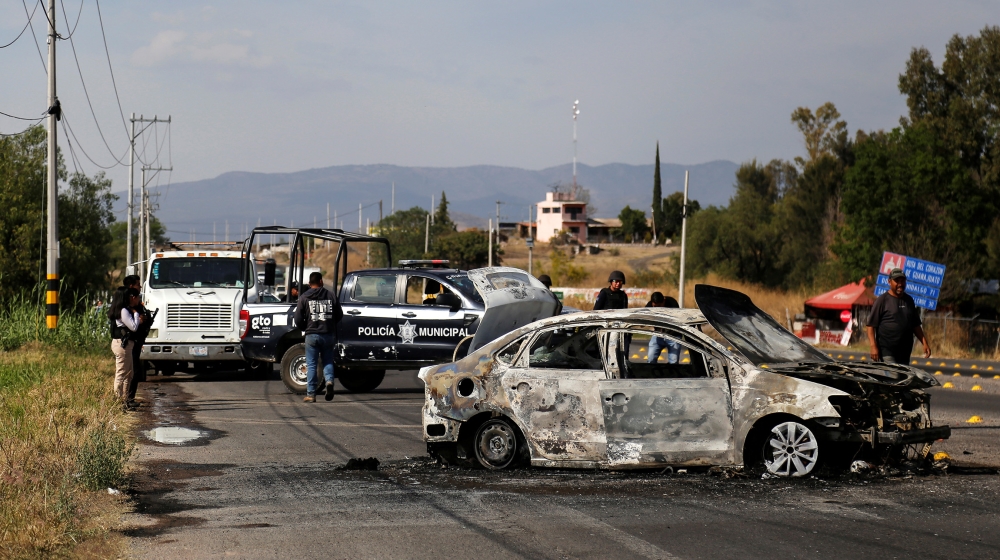 Countries around the world are scrambling to halt the spread of the coronavirus pandemic. As of April 6, more than 70,000 people worldwide have died of COVID-19, the highly...

The Coronavirus Will Create a Huge Buying Opportunity in SBUX Stock

Consumer discretionary stocks like Starbucks (NASDAQ:SBUX) have really been struggling recently. The coffee house operator has seen its share price decimated over the past month...