Even though all cryptocurrencies are still in the green over the past 24 hours, it remains to be seen how long this situation can last. Some of the earlier gains have been... The banking ban by India’s central bank is set to begin on July 5. One of the largest crypto exchanges in the country, Unocoin, is working on banking alternatives. News.Bitcoin.com spoke with the exchange’s CEO about what to expect when the ban begins, trader sentiment, and possible ways to bypass the ban. The crypto banking ban mandated by the Reserve Bank of India (RBI) is set to take effect on July 5, according to the central bank’s circular issued on April 6. There are five known petitions against the ban that the Supreme Court will hear on July 20, with one exception. The petition by the Internet & Mobile Association of India (IAMAI) will be heard on July 3.

One of India’s largest cryptocurrency exchanges, Unocoin, is a member of IAMAI, as are some other major crypto exchanges including Zebpay and Coinsecure.

Speaking with news.Bitcoin.com on Saturday, Unocoin’s CEO and co-founder, Sathvik Vishwanath, explained that the sentiment among Indian traders “is quite weaker than before.” He elaborated that banks would not support crypto exchanges’ customers “to send and receive INR as it would still violate the RBI policy which not only restricts entities but also individuals.” The CEO added:

All customers are expecting the exchanges to figure out the alternatives. Long term investors have not lost hopes…From the effective date [RBI’s ban], the businesses will have tough time till the alternative methods have been figured out. 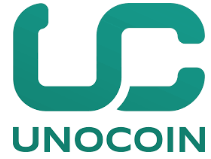 Several other crypto exchanges in India have similarly launched all-crypto platforms, including Zebpay and Koinex, with the hopes that investors will continue to trade cryptos even without banking support. However, Vishwanath revealed to news.Bitcoin.com:

The alternative revenue paths like crypto-to-crypto exchange do not have any traction in India as of now.

Unocoin announced this week that it is working on banking alternatives for when the RBI ban takes effect. “Due to the RBI’s recent notification on ‘Prohibition on Dealing in Virtual Currencies’,” the exchange warned:

Our banking relationships are likely to be disrupted on or before July 5th, 2018. We are in the process of deploying new mechanisms for INR deposits and withdrawals.

The exchange also clarified, “This is not a small undertaking and it will take us some time to deploy new solutions.” Customers can still deposit and withdraw INR “through normal banking channels” until further notice. Vishwanath confirmed, “There are some third-party dependencies to be resolved before we can implement these [mechanisms].”

One Financial Institution Not Under RBI

One financial institution stands out as a possible banking alternative for crypto firms. Gangtok-based State Bank of Sikkim (SBS) is a lender that is not regulated by RBI and therefore is not affected by the ban.

In a reply to a right to information application filed by a New Delhi-based lawyer in April, the central bank wrote, “it may be noted that SBS was constituted in terms of the State Bank of Sikkim Proclamation, 1968. SBS is not licensed under Section 22(1) of the Banking Regulation Act, 1949 by Reserve Bank of India. Banking Regulation Act, 1949 is not yet applicable to SBS,” Quartz reported.

The [SBS] bank has made a strict internal policy that they do not want to support any crypto assets businesses. So for the time being this is out of the question.

What do you think will happen when the RBI ban takes effect? Let us know in the comments section below.

Images courtesy of Shutterstock and Unocoin. The banking ban by India’s central bank is set to begin on July 5. One of the largest crypto exchanges in the country, Unocoin, is working on banking alternatives. News.Bitcoin.com spoke with the exchange’s CEO about what to expect when the ban begins, trader sentiment, and possible ways to bypass the ban. Also read: Yahoo! Japan […]

Innovation in the world of cryptocurrency is available in many different forms. Most recently, dYdX is looking to bring something entirely new to the table as they bridge the gap...

BTC price action has broken above a major long-term trendline stemming back to December 2017’s all-time highs. When looking at the 2014 – 2015 bear market, a similar move...