Back to Latest Articles
Politics

True or Not, The Atlantic Story on Donald Trump Doesn’t Really Matter

The Atlantic Article claiming Trump called service people “losers” and “suckers” won’t hurt his support base. Trump supporters believe the news is out to get him. The Atlantic’s...

Donald Trump has long pushed for the kind of dovish Fed policy Jerome Powell has delivered this year. While championing the working class, Trump is presiding over a flood of...

Congress will launch an investigation into sexual assault, disappearances, deaths and leadership response at Fort Hood – as 28 soldiers stationed at the US army base in Texas have...

Renowned investor Jim Rogers believes that the U.S. dollar dominance is coming to an end as the tensions between the U.S. and China mount. The growing national debt, the protests,...

Golf: Thomas named PGA of America’s player of the year

NEW YORK (REUTERS) – Justin Thomas added a further accolade to a stellar campaign when he was named the PGA of America Player of the Year on Tuesday (Sept 8), while Webb...

Golf: Thomas named PGA of America’s player of the year

NEW YORK: Justin Thomas added a further accolade to a stellar campaign when he was named the PGA of America Player of the Year on Tuesday, while Webb Simpson won the Vardon Trophy...

True or Not, The Atlantic Story on Donald Trump Doesn’t Really Matter

Sentiman io
True or Not, The Atlantic Story on Donald...
Posted on 9th September 2020 by Sentiman io

Did he or didn’t he? This weekend, the internet is awash with a debate regarding whether or not Donald Trump referred to fallen and injured soldiers as “losers” and “suckers.” A scathing article in the Atlantic claims the President prioritized his hair over a memorial service for fallen soldiers.

It’s truly deplorable to think anyone— let alone the President— would say that about those who’ve served the country. But for many, it’s also believable. Donald Trump often makes inflammatory statements using that kind of language. His criticism of John McCain as a failure for being captured is well documented. Simply put, it’s not outside the realm of possibility.

Still, the article is based on a host of unnamed sources— something Trump and his administration have condemned saying it allows the press to invent whatever stories they want to. Notorious Trump critic John Bolton’s own account of the incident doesn’t align with what was said in the story. So while believable, there’s also a distinct possibility it’s not true— or at very least embellished.

Trump’s adversaries are still pushing the story, though, in hopes that the President’s image as a military supporter will crumble. Sixty percent of veterans who turned out at the polls in 2016 voted for Donald Trump. Democrats are hoping to chip away at that number, especially in swing states.

Whether or not Trump said those things is irrelevant, though, because the only group that cares is his opposition. Liberal media have run stories highlighting single voters who’ve changed their mind based on the Atlantic article, but that’s unlikely to represent the majority of 2016 Trump voters.

That’s because military vets and military families that support Donald Trump already know that he says things like that. Back in 2015, Donald Trump not only referred to McCain, a veteran and prisoner of war, as a loser. Not only that, but he took a jab at McCain for having been captured.

He’s not a war hero. He’s a war hero because he was captured. I like people that weren’t captured

Donald Trump jabs John Mccain for being captured during 2015. Watch the video below: 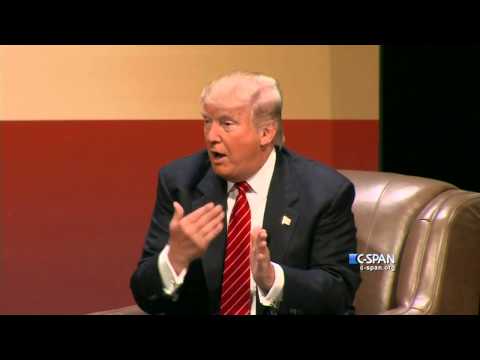 The vets overwhelmingly supported him anyway.

Polling data shows that veterans are primarily interested in two major issues: ending wars and improving veteran’s healthcare options. Say what you will about the rest of Donald Trump’s presidency, but those are two things the President did, in fact, deliver on. He’s promised to bring troops home from the Middle East and so far, the VA MISSION Act, aimed at improving veterans’ healthcare, has been well-received.

Nathan Thomas, a US Army Infantry Veteran, says the media’s sensationalized articles about the President don’t phase him.

I generally see a story/headline like that and just chuckle. Especially considering the proximity to the coming elections. While I was active duty, and among most of the other soldiers, you just respected the commander in chief and kept your head down about politics. Now being a veteran, I tend to keep the same sort of approach for the most part. I always want the president to succeed, because that generally means the nation succeeds.

With regard to what was written in the Atlantic, Thomas said he doesn’t buy it. He’s especially skeptical considering the fact that the sources are unnamed. If it were true, he agreed that it might sway his vote, but not toward Biden.

If he did say it then yeah it would change my vote. Something aimed at us like that would be a bombshell for sure […] it just seems so unlikely. I still wouldn’t vote for Biden though.

So, the Atlantic’s expose probably didn’t do much to sway Trump’s military voting base. In fact, it may have done just the opposite. Donald Trump has made much of media bias over the past four years and it’s a core belief among his supporters.

This latest ordeal adds to Trump’s narrative that you can’t trust the press, and it means his voters are even less likely to trust future stories disparaging the President.

Disclaimer: The opinions expressed in this article do not necessarily reflect the views of CCN.com.

2 Ways (So Far) Joe Biden Lost the Election This Week

Kamala Harris’ addition to the Biden ticket does nothing to win over moderates or independents. Her political baggage does nothing to bring out the party faithful. Meanwhile,...

Trump & Biden Worked Together to Make Election Night a Disaster

Both parties have cast enough doubt on this year’s election that half of the voters won’t trust the result. That lack of trust in the results could create widespread unrest....