Burundi’s Francine Niyonsaba capped off her season by breaking the 2,000 metres world record on Tuesday, finishing with a time of 5 minutes and 21.56 seconds at a...

Warren Buffett is holding these stocks for huge free cash flow — you could too Wall Street pays a ton of attention to company earnings. But reported earnings are often manipulated...

Jim Cramer: We’re on Shakier Ground Than We Thought

When you have to sell before Sept. 17, this is what you get, a market that opens up but can’t stay up, because people want to get out when the getting is good. Last week we...

Outcry over killing of almost 1,500 dolphins on Faroe Islands

Even the staunchest defenders of traditional whaling in the Faroe Islands have condemned the “cruel and unnecessary” massacre on Sunday of a superpod of nearly 1,500 dolphins,...

Approximately nine days ago, the total value locked (TVL) in decentralized finance (defi) across various blockchains was around $176 billion. At that time, bitcoin ($49,937) and...

Alanis Morissette has spoken out against a new HBO documentary about her life and its “salacious agenda” as it premieres at the Toronto film festival. The 47-year-old singer had...

BERN, SWITZERLAND (AFP) – Substitute Jordan Siebatcheu struck with the last kick of the game as Swiss side Young Boys claimed a sensational 2-1 Champions League win over...

The PGA Tour Player of the Year wins the Jack Nicklaus Award and the honour is determined by vote of the Tour membership. Cantlay won despite a stellar year from Jon Rahm, who was a finalist along with Bryson DeChambeau, Harris English and Collin Morikawa.

“The fact that it’s voted on by my fellow PGA Tour players, I think that means a lot to me,” Cantlay said on Tuesday (Sept 14).

“It wasn’t something that I necessarily thought was on the radar middle of the year, but then I closed really well and played a lot of really nice golf towards the end.”

From a full year off and the verge of retirement in 2016, Cantlay won the Zozo Championship, Memorial Tournament and BMW Championship before closing out the season with the Tour Championship victory.

“On behalf of the PGA Tour, I would like to congratulate Patrick Cantlay on being honoured as the 2021 PGA Tour Player of the Year,” said commissioner Jay Monahan.

“Receiving this award through a member vote reflects the respect his peers have for Patrick. His play throughout 2020-21 was phenomenal, and in stepping up to win consecutive FedExCup Playoffs events and the FedExCup, Patrick was at his best when it mattered most in our season.”

No player has won four tournaments in a season since Justin Thomas in 2016-17.

Cantlay also finished runner-up at The American Express and had seven top-10 finishes in 24 starts this season.

Cantlay beat Rahm by one stroke at the Tour Championship and previously knocked off DeChambeau in a six-hole playoff at the BMW Championship.

Cantlay led wire to wire at East Lake to claim the Tour Championship, capping a four-win 2021. 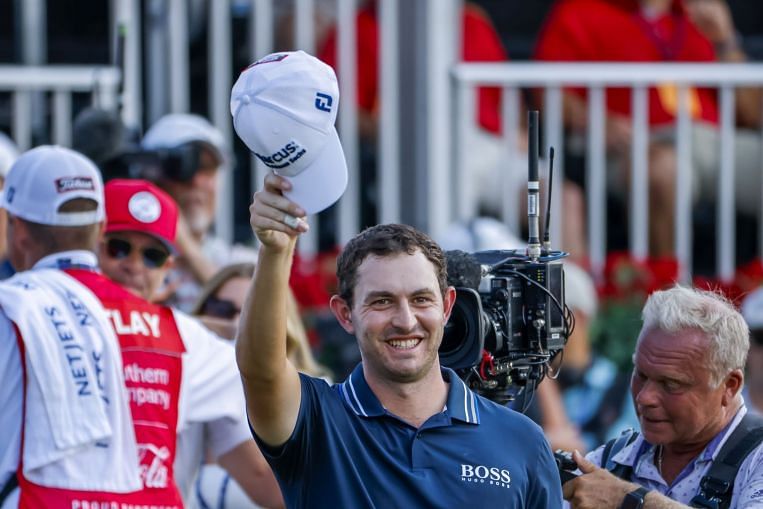 Football: Bosnia to allow up to 2,000 fans at Euro playoffs, Nations League

SARAJEVO: Bosnia will allow up to 2,000 fans to attend their upcoming home games against Northern Ireland in the Euro 2020 playoffs and the Netherlands in the Nations League, the...

REUTERS: After the COVID-19 pandemic truncated the 2020 season and forced organisers to hold all 14 races in Europe, MotoGP hopes to fire on all cylinders in 2021 with 19 races...