The e-commerce and online auction giant Ebay has announced the company has acquired the non-fungible token (NFT) marketplace Knownorigin. Ebay declared that the acquisition is an...

THIS is the shocking moment a groom shot his pal dead by mistake after firing off a shot in celebration at his wedding. Manish Madheshia allegedly fired the stray bullet that...

Newcastle United have completed the signing of goalkeeper Nick Pope from Championship side Burnley on a four-year contract, the Premier League club said on Thursday. Newcastle...

Nationwide raises interest rates to 5% – but how does it compare with inflation?

“This market leading rate will help new and existing members make the most of their money, which is particularly important right now. “The FlexDirect current account also has an...

[embedded content] WASHINGTON — Donald Trump tried to subvert the Justice Department into supporting his scheme to overturn democracy and remain in power but backed off when his...

Crypto markets remain volatile during this bear season, with BTC struggling to hold the $20k support line while Ethereum is dealing with significant selling pressure at the $1.1k...

World Rugby said on Thursday it was concerned by reports of allegations that the leaders of the France 2023 World Cup organising committee created a toxic environment in which...

AN AGRESSIVE note demanding a group of residents stop playing their music has divided the opinions. The sign was posted on a building’s communal notice board about the level...

Sick words monster rapist told victim, 12, after she begged him to stop assault

A SICK monster rapist told a 12-year-old victim she ‘deserved being raped’ after she begged him to stop during a horror assault. Cory John Taylor told one victim...

At the time of her 4-foot par putt on the ninth green to end her round, Chun was seven shots clear of the rest of the field.

A group of six tied for second place at 1 under in the morning wave that included defending champion Nelly Korda.

Others shooting a 71 were Jennifer Kupcho, A Lim Kim of South Korea, Hannah Green of Australia, Nasa Hataoka of Japan and Brooke Henderson of Canada.

Green is the 2019 Women’s PGA Championship winner, while Henderson won in 2016.

Chun had a relatively modest start to her round at 1 under through five holes after starting on the back nine. She got on a roll starting at the par-4 15th hole with four consecutive birdies to make the turn at 5-under 31.

A three-time winner on the LPGA Tour and US Women’s Open champion in 2015, Chun had her only stumble of the day on the par-4 10th hole with a bogey. She then fired four more birdies over the next six holes to take a commanding first-round lead.

Three others in the field were at even par after the morning wave, including Inbee Park of South Korea. The seven-time major winner finished on top of the Women’s PGA Championship in 2013, 2014 and 2015.

The purse for this week’s third major of the season doubled to US$9 million (S$12 million), with 99 of the top 100 players on the LPGA Tour money list competing. The winner’s share also doubled to US$1.35 million.

The purse was just US$2.25 million in 2014, the year before the PGA of America began its collaboration with KPMG.

Chun matches a tournament record with an 8-under-par 64. 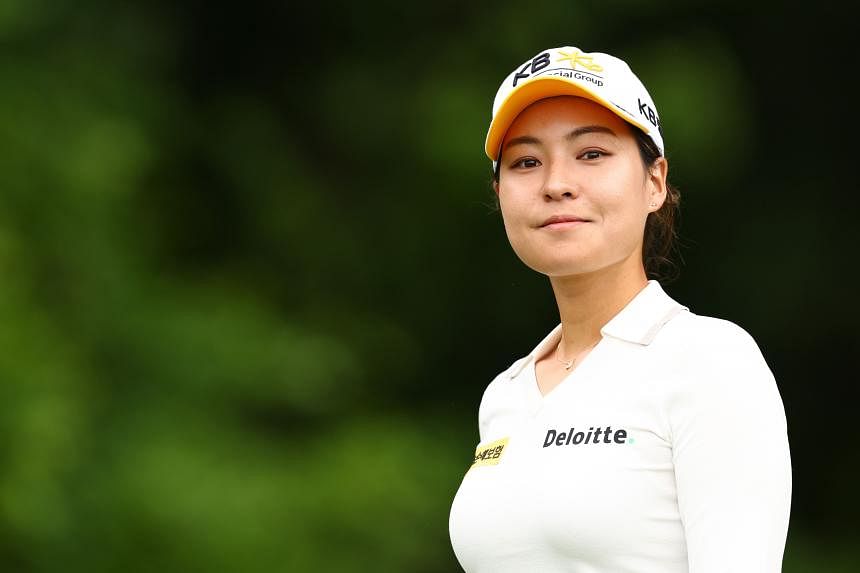 PARIS: Defeating the ‘Big Three’ of Novak Djokovic, Roger Federer and Rafael Nadal in Grand Slams is far more difficult than facing them in three-set matches,...

MMA: ‘The fight is off’ McGregor tells Poirier in Twitter spat

LONDON: Ireland’s Conor McGregor has told Dustin Poirier their third fight scheduled for Jul 10 is off after the pair quarrelled on Twitter over a US$500,000 donation to the...