After China Evergrande was officially declared to have defaulted on its bond interest repayments last week, shares in fellow property developer, Shimao, plummeted on Tuesday. Amid...

Oversight Board raises alarm over Facebook’s role in Ethiopian conflict

The Oversight Board set up by Facebook issued a decision today calling on the platform to begin an independent assessment of the platform’s role in heightening the risk of...

The American actress and businesswoman Gwyneth Paltrow has participated in an investment round involving the bitcoin mining operation Terawulf. According to reports, Paltrow and a...

Available to both new and existing customers, the new savings account is for Britons looking to get the most interest from their hard earned cash without locking money away into a...

Snap has launched a standalone video editing app called Story Studio, which is meant to give creators more precise editing control over vertical videos and allow them to add...

The Army is in hot water over TikTok recruiting activity

The US Army is facing pressure from Sen. Marco Rubio (R-FL) after recruiters were caught using TikTok to find leads on young Americans to enlist, despite orders banning the app’s...

Get the Apple Watch Series 7 for its lowest price yet

It can be a little anxiety-inducing to shop for holiday tech gifts in the middle of December. Black Friday and its deals feel like a long-forgotten tale of folklore, and there is...

Elon Musk has been named person of the year for 2021 by Times Magazine. Mr Musk, an entrepreneur and billionaire, is well known as the founder and chief executive of space...

A BOSS has been slammed for firing an employee for evacuating an office building during a wildfire. The worker, who lives in California, insisted that they were only following...

After China Evergrande was officially declared to have defaulted on its bond interest repayments last week, shares in fellow property developer, Shimao, plummeted on Tuesday. Amid the uncertainty over the future of China Evergrande and Kaisa Group Holdings, Shimao’s overall share price has fallen by 19.92 percent on the Hang Seng stock index. On Friday, the developer’s stock price had been rated at 8.06 but fell to 5.67 on Tuesday.

Trading was also halted on one of the company’s yuan bonds after prices tumbled, Bloomberg reports.

One of those bonds fell by more than 50 percent on Monday.

While not the size of Evergrande, Shimao still represents a major player in the huge property market in China.

The Chinese property market is estimated at £40trillion and accounts for 29 percent of the state’s GDP.

Shimao’s founder, Hui Wing-Mau’s own shares in the firm fell by 71 percent on Monday.

This comes as the Fitch credit agency, reported Evergrande had defaulted on its bond repayments after missing a deadline valued at £61million.

Craig Singleton, an adjunct fellow in the China Program at the Foundation for Defense of Democracies, told CNN the company’s collapse has sparked serious questions over the economy.

JUST IN: US warns Beijing to stop ‘aggressive actions’ in South China Sea

It is thought the company faces debts of £220billion and has been accused of missing several key bond repayment deadlines.

Due to its size and impending collapse, there are fears for the overall state of the global financial market.

According to The Times, Evergrande owes £12billion in overseas bond repayments and has yet to comment further on matters.

Speaking to Express.co.uk, Dr Marco Metzler from Deutsche Marktscreening Agentur (DMSA), claimed the collapse of such a large company could spark the collapse of the world financial market.

He previously said: “This is the first domino of the collapse of the market.

“It will be even worse than the 2008 financial crash.” 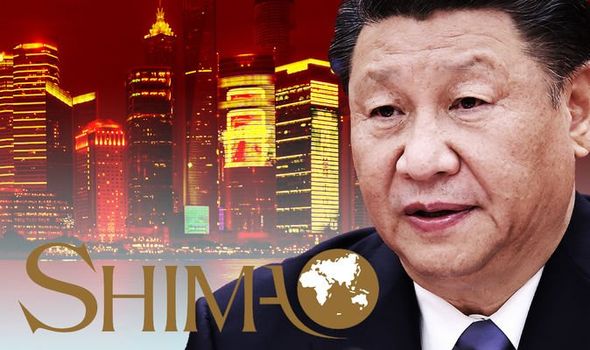 GLOBAL financial crash fears have escalated again as yet another Chinese property developer’s shares have plummeted. 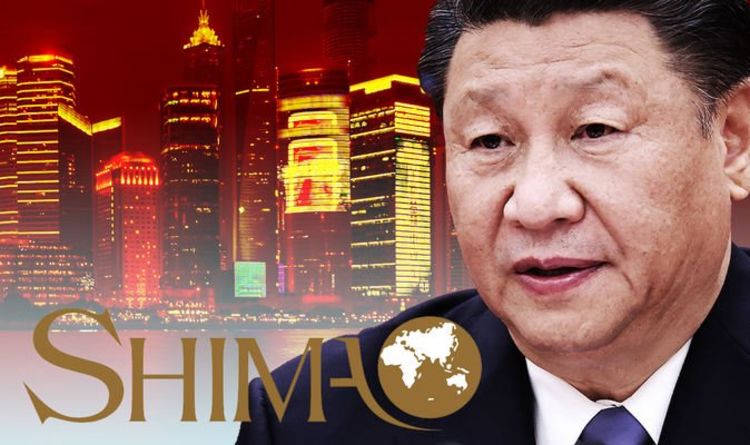 Boeing Co (BA) has pulled out of a $4.2 billion agreement to purchase Embraer SA’s (ERJ) commercial aviation business. The aerospace company announced on Saturday that it has...

The Stifel strategist who predicted April’s market rally says the best strategy right now is to be like the Road Runner: “Step out of the way and let anvil hit Wile E. Coyote —...