Source: OpturaDesign / Shutterstock.com Robinhood (NASDAQ:HOOD) stock is in the spotlight today as investors react to news of a probe from the SEC. That probe was revealed by...

The 25-year-old netted seven times in five games during pre-season after joining Arsenal for £45 million (S$75.1 million) from Manchester City, where he scored 95 goals in 233 appearances in all competitions and played an important role in their four Premier League-winning campaigns in five years.

But while Jesus is not new to the English game, he will be a guaranteed starter at Arsenal, unlike at City where he was a rotation player, and that means more pressure will be on his shoulders.

“The role that Gabi has here is going to be very different to the role in his previous club. That needs some adaptation and some time,” Arteta, who worked with Jesus as assistant coach under Pep Guardiola at City, said at his pre-match press conference on Thursday.

“When you bring top players from top clubs and they have been very successful over the years, they are going to expect that… He is an enormous talent, a player with a mentality that is so contagious and he is going to give us a lot.

“He has done fantastically well and we are all surprised at how quickly he has done it, but we have to share that responsibility.”

The Gunners have completed the signings of Oleksandr Zinchenko, Fabio Vieira, Marquinhos and Matt Turner, but Arteta indicated there could be room for more arrivals before the transfer window closes on Sept 1.

“It’s always been my team. We have changed the squad. The players we have are more suited to the way we want to play,” Arteta said.

“We are really active as you can see with ins and outs. Everything is still open, it’s a long window… Players are going to have the need to leave, some others to move and everything is open still.”

Left-back Kieran Tierney is still making his way back after knee surgery in April while right-back Takehiro Tomiyasu and new signing Vieira have not featured during pre-season due to injuries.

Midfielder Emile Smith Rowe is also nursing an injury and Arteta will give a late fitness test to the quartet to check their availability for the short trip to Selhurst Park.

“They showed last season how tough they are, how difficult they are to beat and how consistent they were at home as well… Hopefully, we learnt a lot of lessons that day,” Arteta said.

Vieira is also not expecting a repeat of that rout, saying yesterday: “Arsenal are in a better place than last year. They have brought in new players and have the squad to be closer to the title.”

James McArthur, Jack Butland and Michael Olise may miss out for the Eagles, who have landed Cheick Doucoure and Chris Richards in the summer. 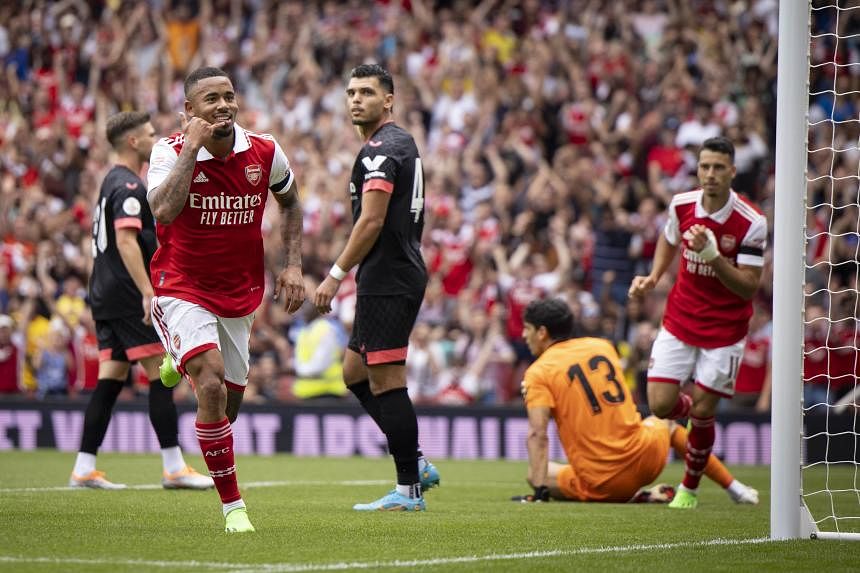 MILAN: Andrea Pirlo sees positives despite preparing for his biggest match since taking over as Juventus coach with COVID-19 -stricken Cristiano Ronaldo in doubt against Lionel...

REUTERS: Manchester United forward Anthony Martial is going through a rough patch in front of goal but manager Ole Gunnar Solskjaer said on Friday he was confident the Frenchman...