BUENOS AIRES (AFP) – Eight medical personnel will stand trial for alleged criminal negligence in the death of Argentine football legend Diego Maradona, according to a court...

UNSEEN Chernobyl photos have revealed the extent of the horrors inside the nuclear blast zone with babies born with heartbreaking birth defects and first-responders left to die...

Facing searing questions about the revelation he tried to give false election documents to then-Vice President Mike Pence, Sen. Ron Johnson (R-Wis.) opted to fake a phone call. He...

These Republicans Resisted Trump’s Attempt To Steal The Election. They’d Vote For Him Again.

Rusty Bowers, the Republican speaker of the Arizona state House of Representatives, on Tuesday last year. “I think that’s so far out in the future, I don’t even think he’s...

Three news items that say a lot about the retirement crisis facing Americans and what we can do about it—if we want to. The first is a survey of 1,000 working Americans conducted...

Girl, 7, dies after being pulled from hotel pool & rushed to intensive care

A SEVEN-year-old has died in hospital two days after being pulled from a hotel pool in Majorca. The young girl was rushed to an intensive care unit “in a critical condition” on...

After yesterday’s bullish rebound where Bitcoin and Ethereum prices saw significant price growth, the momentum is currently dying, with BTC and ETH prices retracting a few...

GOP Senator Says He May Need Part Of His Finger Amputated

Sen. Kevin Cramer (R-N.D.) announced on Wednesday that he may need part of a finger amputated after suffering a major injury while doing yardwork this past weekend. The senator...

BUENOS AIRES (AFP) – Eight medical personnel will stand trial for alleged criminal negligence in the death of Argentine football legend Diego Maradona, according to a court ruling made public on Wednesday (June 22).

No date has been set for the trial of the eight over Maradona’s death in 2020, which prosecutors say was due to “omissions” by his caregivers who abandoned him “to his fate” during home hospitalisation.

Maradona died aged 60 in 2020 while recovering from brain surgery for a blood clot, and after decades of battles with cocaine and alcohol addictions.

Prosecutors have asked that they be tried for negligent homicide.

They claim mismanagement by the team had placed the football legend in a “situation of helplessness.”

The accused risk sentences ranging from eight to 25 years in prison.

According to the prosecutors, the defendants “were the protagonists of an unprecedented, totally deficient and reckless hospitalisation at home”, allegedly responsible for a “series of improvisations, management failures and shortcomings.”

Maradona is widely considered one of the greatest footballers in history.

No date has been set for a trial of the eight over the Argentine legend’s death in 2020. 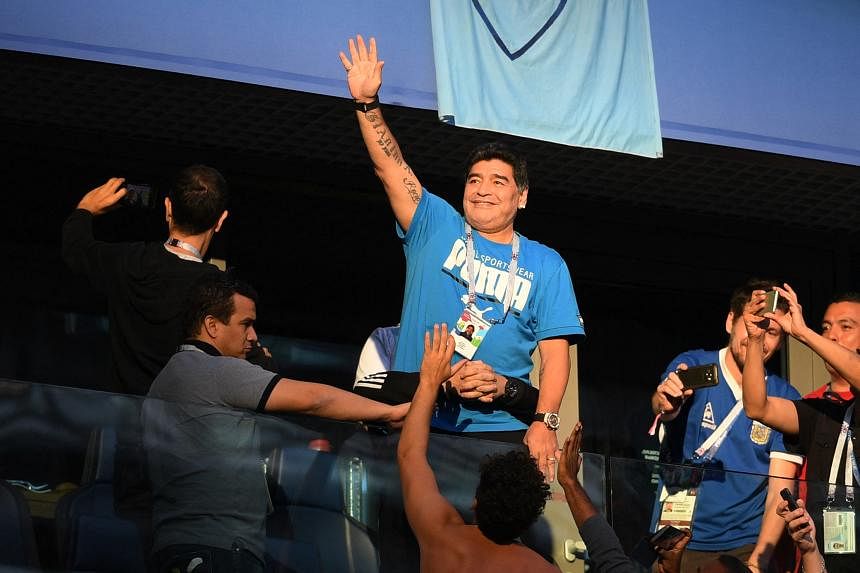 PARIS: It is not unusual for the French Open to throw up surprises in the women’s draw but this year’s re-scheduled tournament has been more wildly unpredictable than...

WELLINGTON: Australia captain Michael Hooper has stuck to the party line and attempted to downplay the mystique surrounding Auckland’s Eden Park ahead of their second...