Although it was somewhat to be expected, today isn’t off to a good start for the cryptocurrency markets. Everything has gone in the deep red due to a rather bearish one-hour...

The South Korean government has released the results of its security inspection of cryptocurrency exchanges. Only seven of them passed all 85 of the inspection points. Fourteen...

In the world of science and technology, numerous breakthroughs are realized every single year. Some of these developments are a bit more controversial than others. The recent...

Whenever a cryptocurrency-oriented project launches, there are high expectations from investors and speculators. Especially if that project also conducted an initial coin offering...

It would appear as if the technology giants are opposing privacy in the cryptocurrency world. Apple maintains a very strict stance on applications pertaining to such currencies....

At the Israel Bitcoin Summit at Tel Aviv University on Jan. 8, veteran cryptographer Nick Szabo explained that the use of censorship-resistant cryptocurrencies will rise in...

For years, bitcoin exchange traded funds (ETFs) have been struggling to get off the ground and receive approval from the U.S. Securities and Exchange Commission (SEC). Passive...

The blockchain-powered blogging platform Steemit is being accused of centralization and censorship. On Jan. 7, 2019, the hacker group The Dark Overlord had its account banned from...

What is Token IQ – an Interview With Ben Wilkening

NullTX had a chance to talk to Ben Wilkening, director of strategic relationship at Token IQ and discuss some of the aspects of the platform. Due to the unregulated nature of...

The European Banking Authority (EBA), a regulatory agency of the European Union, has published its assessment into the application of EU law to crypto assets. The agency, which is...

Although it was somewhat to be expected, today isn’t off to a good start for the cryptocurrency markets. Everything has gone in the deep red due to a rather bearish one-hour chart. Sustaining uptrends has proven difficult in this industry for some time now. The Ethereum price knows this all too well, as it has dropped below $140 once again and may continue to drop lower.

After what seemed to be a somewhat promising start to the year 2019, the cryptocurrency markets have come under severe bearish pressure once again. To most speculators, this doesn’t come as a big surprise. It was rather clear the bearish market is far from over at this point and a correction would kick in sooner rather than later. The volatile nature of that correction isn’t exactly what most people expected, though, yet the situation is still developing at this time.

Over the past 24 hours, there has been a pretty steep drop off in the Ethereum price department. Once Bitcoin starts slipping, all other currencies will usually follow suit. The current 8.5% USD value decline brings the Ether price down to $139.34. There is also a net 3.5% loss in ETH/BTC, as the 0.04 BTC level seems unreachable at this time. Unfortunately, this may very well be only the beginning of what is still in store.

On social media, there are only debates regarding the Ethereum price right now, instead of the upcoming Constantinople hard fork. That is always a bit unfortunate, although it is also to be expected under these conditions. CryptoMeter claims there has been recent ETH selling activity valued at over $7m, which is rather interesting. This indicates the sell pressure will, most likely, continue for quite some time to come.

Dajuan, a fan of using far too many capital letters in his tweets, would like to remind everyone the bear market is still in full effect as of right now. He would also like to warn users not to try and catch this falling knife. While gloating is always easier in hindsight, it is evident this wave of pressure may very well remain in place for some time to come. That would be rather unfortunate, although it is also completely normal.

#FALLINGKNIFE #BTC #ETH #ADA SO MUCH FOR THOSE LONG PLAYS ..LMFAO YALL KNOW WE STILL IN A BEAR MARKET RIGHT

Last but not least, the price charts all tell the same tale for most cryptocurrencies right now. Everything seemed fine until a few hours ago, when a sudden massive sell-off was triggered for most currencies. It is uncanny how one hourly candle can destroy any support level in quick succession, but that is the nature of volatile industries first and foremost.

Under these market conditions, it would appear as if that will be all there is to note today. Every major market lost value in quick succession and it may take a while to recoup the losses. Surprisingly, it seems the Ethereum price pressure isn’t pushing the value down deeper at this point, which may indicate the real panic selling has yet to kick in. That would not be a favorable outcome, although one never knows how cryptocurrency traders and investors respond to market movements. 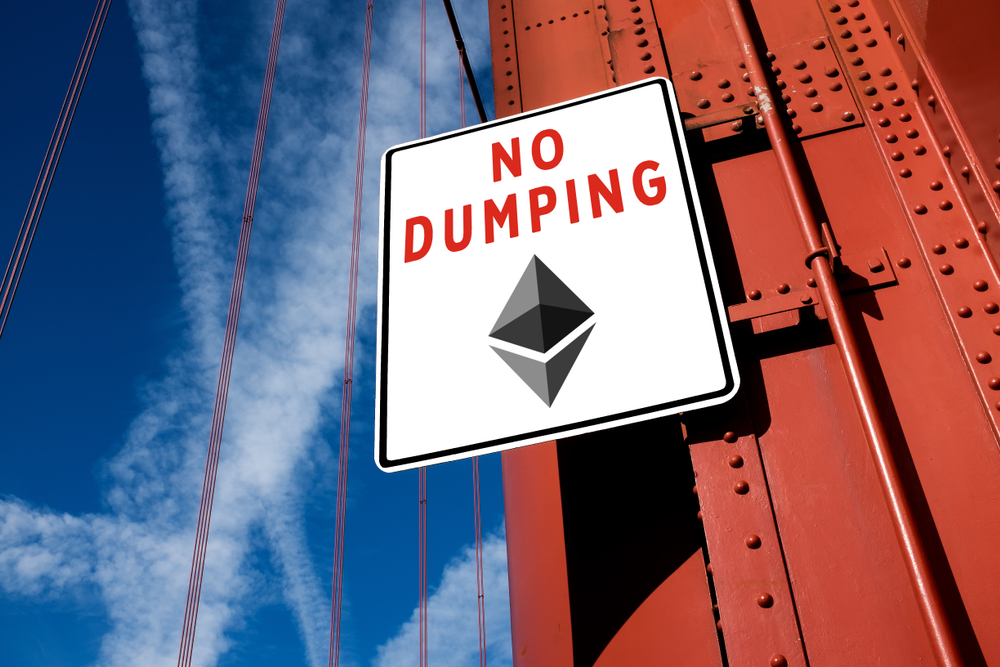 Although it was somewhat to be expected, today isn’t off to a good start for the cryptocurrency markets. Everything has gone in the deep red due to a rather bearish one-hour chart. Sustaining uptrends has proven difficult in this industry for some time now. The Ethereum price knows this all too well, as it has […]

While crypto markets are struggling this Monday, many Metaverse coins continue to show bullish momentum. This article looks at the top three crypto Metaverse coins gaining the...

The idea of rolling back the clock on cryptocurrency transactions to reverse a situation people are unhappy with is highly contentious. As such, many were shocked to hear that a...