A Turkish court trying 26 Saudi nationals in absentia for the murder of Jamal Khashoggi has refused to admit as evidence a recent US intelligence report implicating the kingdom’s...

‘The police just shot’: the terror inflicted on Myanmar’s protesters

Early on Wednesday morning, the protests building in North Okkalapa, in Yangon, Myanmar, seemed peaceful. “I saw around three or four police officers along the road, but it was...

The Dow Jones Industrial Average slid 450 points Thursday in the wake of Fed Chairman Jerome Powell’s speech, as the 10-year Treasury yield spiked back above 1.5%. Tesla stock dived 7%, while DraftKings briefly jumped on a deal with the UFC before reversing lower.


Among the Dow Jones leaders, Apple (AAPL) fell over 1% Thursday, while Microsoft (MSFT) moved down 0.3% in today’s stock market. Visa (V) is in buy range above a new buy point.

Tesla (TSLA) looked to extend Wednesday’s 4.8% drop, diving 7% Thursday. IBD Leaderboard stock DraftKings (DKNG) jumped as much as 3.5% before reversing sharply lower after announcing a deal with the UFC.

Among the top stocks to watch, Flagstar Bancorp (FBC) and T. Rowe Price (TROW) are in or near buy zones in the current stock market pullback.

DraftKings, Microsoft and Tesla are IBD Leaderboard stocks. Flagstar was Wednesday’s IBD Stock Of The Day, while T. Rowe was the IBD 50 Stocks To watch pick.

“We expect that as the economy reopens and hopefully picks up, we will see inflation move up through base effects,” Powell commented. “That could create some upward pressure on prices.”

Looking back at the current uptrend, November was a key month for the stock market. IBD’s The Big Picture flagged the new uptrend following the market’s bullish follow-through day on Nov. 4. Meanwhile, the start of March has the Dow Jones Industrial Average, Nasdaq and S&P 500 struggling to hold above key support levels.

Wednesday’s IBD Big Picture cautioned, “The stock market didn’t look too bad Wednesday if your focus was on the Dow Jones Industrial Average. But if your attention was squarely focused on the Nasdaq, the stock market looked downright awful as leading growth stocks sold off again.”

Amid the stock market pullback, investors should play more defense than offense. Avoid new breakouts, unless they’re exceptional, and make sure to sell any stock that falls more than 7% below your purchase price. Remember, you don’t have to wait for the 7%-8% loss signal if the stock is clearly not acting well.

Focus on stocks that show strong relative strength during the current weakness. They could be some of the market’s leaders if the indexes are able to continue their rebounds.

Stock Market ETF Strategy And How To Invest

Bitcoin fell about 4% Thursday, moving back below $49,000. The price of Bitcoin traded around $48,600 in afternoon trade, according to CoinDesk.

The Grayscale Bitcoin Trust (GBTC) ETF fell nearly 8% Thursday midday, looking to give back the entirety of Wednesday’s 4.6% jump. The Bitcoin-tracking ETF remains above its key 50-day line despite last week’s 23% tumble.

Wednesday’s IBD Stock Of The Day, Flagstar Bancorp, is trying to break out past a 48.02 buy point in a flat base, according to IBD MarketSmith chart analysis. Meanwhile, the stock is also trading above a 46.35 early entry. Keep in mind that early entries carry more risk than conventional buy points, particularly during a weak market environment.

Inside the Dow Jones Industrial Average, Visa stock is in buy range past a 211.69 buy point in a cup with handle, per IBD MarketSmith chart analysis.

Chipmaker Marvell Technology matched the Street’s earnings targets in its fiscal fourth quarter and beat views on revenue. Its guidance also was mixed.

Marvell stock tumbled nearly 8% Thursday, falling further below its 50-day line and to the 200-day line. Shares are about 25% off their 52-week high.

IBD Leaderboard stock DraftKings reversed over 5% lower after rising as much as 3.5% Thursday. Ahead of the open, the company announced it would the official sportsbook and “daily fantasy partner” in the U.S. and Canada for the UFC.

“This is a massive deal that will benefit UFC, DraftKings, and most of all the fans,” said UFC President Dana White. “DraftKings is the best at what they do in the betting and daily fantasy space. . .”

According to Leaderboard commentary, “DraftKings cleared a brief pullback after the stock rebounded from the 50-day moving average. The stock is back in the buy zone from the new entry [64.88], but new buys when the uptrend is under pressure carry more risk.”

Among the top Dow Jones stocks, Apple shares fell over 1% Thursday midday, on pace to extend a losing streak. Apple stock remains below its 10-week line, and is about 16% from its all-time high.

According to Leaderboard commentary, “Microsoft is now below the 232.96 buy point and below an earlier entry at 228.22. Shares dipped below the 50-day line as a rebound faces new doubts.”

Be sure to follow Scott Lehtonen on Twitter at @IBD_SLehtonen for more on growth stocks and the Dow Jones Industrial Average.

MarketSmith: Research, Charts, Data And Coaching All In One Place

How To Research Growth Stocks: Why This IBD Tool Simplifies The Search For Top Stocks 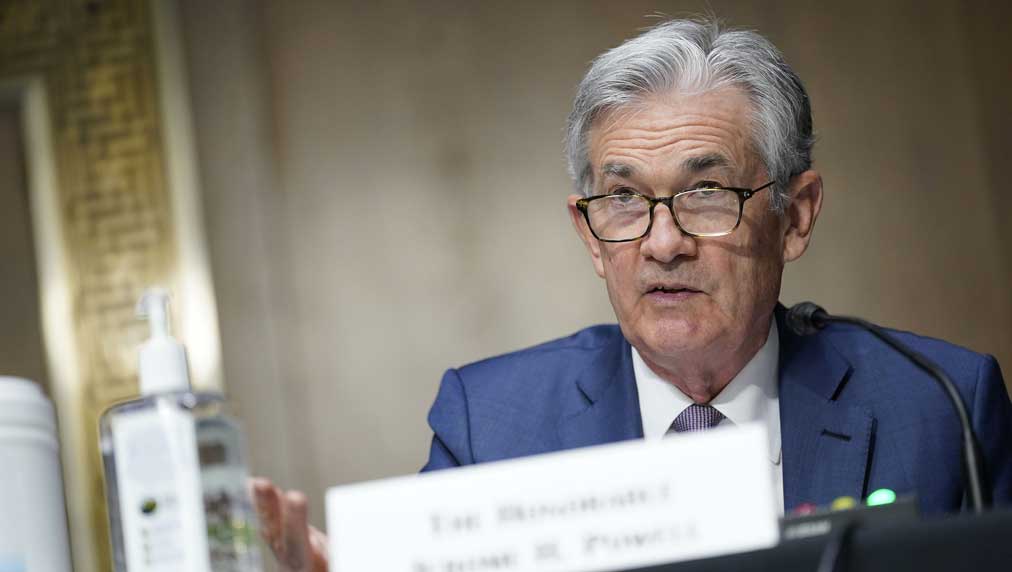 Child Benefit: Parents may need to ‘act fast’ to secure £260 per year of state pension

“To transfer the credit from one parent to the other, DWP form CF411A should be used,” she commented. Another issue to note is the importance of ensuring those at risk...

Trump: ‘There Will Be a Lot of Death Unfortunately’

President Trump warned on Saturday that the coming days will be some of the worst for the coronavirus outbreak. Modeling shows New York, Detroit and New Orleans will hit the peak...