Today may prove to be a very interesting day for Dogecoin. Not just because the “meme currency of the internet” celebrates its five-year anniversary, but also because it seems...

Like most cryptocurrencies, Bitcoin Cash is difficult to predict because there is such a multitude of factors that can affect the BCH price performance. Some of these factors are... 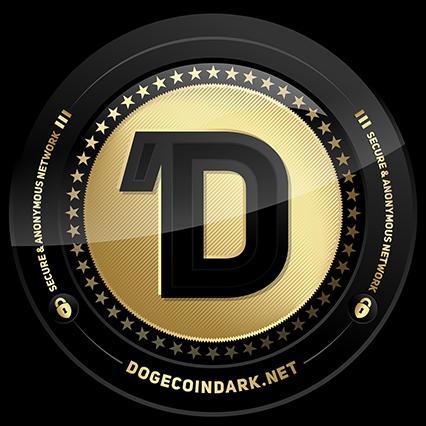 Today may prove to be a very interesting day for Dogecoin. Not just because the “meme currency of the internet” celebrates its five-year anniversary, but also because it seems largely unfazed by the current crypto market onslaught. That in itself a very bullish signal in its own right, although it remains to be seen if this situation will remain in place for much longer.

It is always interesting to see how people respond to Dogecoin. Although this project was never designed to be taken seriously first and foremost, it has become a very popular and successful project in its own right. In fact, it has become more successful than most people expected five years ago. This further shows how far Dogecoin has come in the past few years. As such, it cannot be overlooked under any circumstance.

Over the past 24 hours, there have been some interesting Dogecoin price changes. Although the popular altcoin lost 1.5% in USD value – which is only normal when looking at Bitcoin – it gained 2.1% in BTC value. Those gains aren’t sufficient to keep the price in the green where its USD value is concerned, but it is still interesting to keep an eye on moving forward. As such, it seems evident Dogecoin should be able to maintain its value of $0.002 in the coming days, although this may be a big struggle regardless.

On social media, there are always interesting opinions pertaining to Dogecoin. Melea-trust is one of those individuals who want to see all major exchange trade Dogecoin, which is not happening anytime soon. As such,  one has to wonder why Binance isn’t actively trading Dogecoin at this time. It is very unusual, especially when considering how Binance wants to remain the biggest altcoin trading platform on the market.

$Crypto #Doge #dogecoin #Binance have more than a year rolling out, now is going to launch some DEX Binance, but in all this time “THEY” dint added $DOGE yet .
NEVER FORGET pic.twitter.com/TwuzCtUAzt

Today is all about the fifth anniversary of Dogecoin. The infamous currency has survived a few rough years, especially when considering how there has been no innovative development for quite some time now. Instead, it succeeded on its own without jumping on the hype bandwagon, and focused on community-driven efforts first and foremost. That in itself is the only real route to success, and a lesson plenty of altcoins need to pick up on accordingly.

Happy 5th Birthday #Dogecoin, thank you @ummjackson and @BillyM2k for creating this amazing coin. Lets remember how it all started “Investing in Dogecoin, pretty sure it’s the next big thing.” Jackson Palmer 2013

From a technical point of view, there is still a genuine chance the Dogecoin price will rise over the coming days and weeks. A very bullish outlook is shared by Annelin Ytrade, who is confident one DOGE will be worth $0.0044 soon. A target that seems rather unlikely to hit, although Dogecoin’s current price stability further confirms something interesting is bound to happen sooner or later.

#Blockchain #Crypto $#DOGE #dogecoin target is $0.0044, which is the EMA26 on the weekly. Right now it is resting on the EMA12 as support. pic.twitter.com/XftS7xmIfb

Although all of the current market indicators seem to indicate the Dogecoin price will be going down soon, its BTC value helps offset some USD losses in the process. Whether or not that situation can remain in place for much longer, is a different matter altogether. For now, Dogecoin remains one of the more impressive markets to watch, although it remains to be seen what the future will hold exactly.

Today may prove to be a very interesting day for Dogecoin. Not just because the “meme currency of the internet” celebrates its five-year anniversary, but also because it seems largely unfazed by the current crypto market onslaught. That in itself a very bullish signal in its own right, although it remains to be seen if […]

India’s impending general election could affect the government’s process of regulating the crypto industry. A local lawyer has explained to news.Bitcoin.com how the election can...

Of The $15B Worth Of Ether Raised By ICOs, $11B Has Already Been Sold: BitMEX Research

It hasn’t been the best year for Ethereum, seeing as though the valuable altcoin has shed over 75 percent of its value. While the market hasn’t been kind to other...