Covid live: Covid cases on the rise in every region in England; WHO warns of autumn resurgence in Europe

Nigeria’s House of Representatives has moved a motion calling on the country’s central bank to end the continuing devaluation of the naira. In his unanimously adopted motion,...

An Iranian destroyer and support vessel are now sailing in the Atlantic Ocean on a rare mission far from the Islamic Republic, Iran’s state TV has reported, amid speculation that...

MADRID: Spain have set up a “parallel” squad of 17 reserves for Euro 2020 who may have to play if the COVID-19 infections among its players spread, team management...

Sport New Zealand skipper Kane Williamson will be rested for the second test against England due to a left elbow injury, with Tom Latham to lead the side in his absence, the...

Sport The six English clubs that signed up to the breakaway European Super League earlier this year have agreed to pay 20 million pounds (US$28 million) as part of a settlement...

Sport Lazio all but confirmed the appointment of Maurizio Sarri as their new head coach on Wednesday by posting a cigarette emoji on social media. FILE PHOTO: Soccer Football...

DOHA: India’s Sunil Chhetri on Wednesday (Jun 9) said that comparisons with Lionel Messi are misplaced after surpassing his tally of international goals, and added that he...

Sport Russia’s sports minister said on Wednesday that the country’s men’s national soccer team aimed to reach the knockout stage of the European Championship, as...

Covid live: Covid cases on the rise in every region in England; WHO warns of autumn resurgence in Europe

The US administered 305,687,618 doses of Covid-19 vaccines and distributed 372,830,865 doses in the country as of Thursday morning, the U.S. Centers for Disease Control and Prevention said.

The UK will start donating vaccines to countries in need within weeks, with at least 100 million surplus doses being distributed in the next year, Boris Johnson announced as G7 leaders gathered in Cornwall.

The group of seven leading industrialised nations are expected to collectively agree to provide a billion doses of vaccine in an effort to end the pandemic in 2022.

The summit, in Carbis Bay, begins on Friday with leaders of wealthy nations under pressure to do more to share the burden of protecting the world from the virus.

US President Joe Biden has already promised to donate half a billion Pfizer vaccines for 92 low- and lower middle-income countries and the African Union.

Under the Prime Minister’s plan, the UK will provide five million doses by the end of September, with 25 million more by the end of 2021.

Venezuela’s government has been unable to complete a payment required to receive coronavirus vaccines because transfers to the global COVAX vaccine program had been blocked, Reuters reports.
The government of President Nicolas Maduro for months said it was unable to pay for the COVAX program because of U.S. sanctions, and then in March announced that it had made almost all the required $120 million payment. Vice President Delcy Rodriguez in a televised broadcast on Thursday said the government had been unable to pay down the remaining $10 million because four operations had been blocked. “The financial system that also hides behind the U.S. lobby, has the power to block resources that can be used to immunize the population of Venezuela,” Rodriguez said. Foreign Minister Jorge Arreaza later tweeted a copy of a letter from COVAX saying it had received information from Swiss bank UBS that four operations, totaling $4.6 million, “were blocked and under investigation.” It was not immediately evident who blocked the operations or why. UBS said for legal and regulatory reasons it is “unable to comment on matters relating to potential client relationships.”

Brazil has had 88,092 new cases of coronavirus reported in the past 24 hours and 2,504 deaths, the country’s health ministry said.

The South American country has now registered 17,210,969 cases since the pandemic began, while the official death toll has risen to 482,019, Reuters reports.

Here is the latest on the Covid situation in Australia:

Bolsonaro, who has opposed lockdowns and social distancing despite his country having the second-deadliest coronavirus outbreak, said in a speech that quarantines should only be for infected people.

Speaking at a tourism event, he said the pandemic put Brazil’s tourism sector in “intensive care” but it was recovering now .

Pfizer has cut July deliveries of its Covid-19 vaccine to Norway by 400,000 doses, delaying the country’s vaccine rollout, Reuters reports.

Pfizer, a major provider of vaccines to Norway which has dropped Astrazeneca’s jab and only offering J&J’s Jenssen vaccine under certain conditions, will now provide 800,000 doses in July, from the earlier estimated 1.2 million doses.

Norway’s vaccination programme will now be delayed by one to two weeks compared to its earlier estimate.

Prime minister Erna Solberg said in May the government aimed to offer a first dose to all those aged 18 and over by July 25.

Mexico reported 3,672 new confirmed cases of Covid-19 in the country and 227 more fatalities on Thursday.

Separate government data recently published suggested the real death toll may be at least 60% above the confirmed figure, Reuters reports.

A summary of today’s developments

The Edinburgh festivals in Scotland have been offered millions of pounds in emergency funding in the face of widespread fears they may never fully recover from the severe impacts of the Covid pandemic.

The Fringe, international and book festivals, which help make up the world’s largest annual arts season, have been forced to very significantly curtail this August’s events, the second year running it has done so. One of the most famous, the military tattoo staged at Edinburgh castle, has again been cancelled.

Many senior figures in the August festivals now believe it is unlikely the events will ever return to their record-breaking scale of 2019, when they sold more than 4m tickets over a four-week run, with well over a million people attending events.

British Airways has furloughed thousands of its staff, citing delays to travel as the reason behind its decision.

The airline confirmed a large number of its workers – including management staff – have been put back onto the scheme, PA reports.

Workers were being brought off furlough ahead of the summer holiday period after the government set May 17 as the date for the restart of international travel.

However, no top holiday destinations are on the green list, meaning travellers returning from places such as France, Spain and Italy must quarantine at home for 10 days.

A large number of BA staff were already on furlough before the latest furlough decision took place, it is understood.

The firm has called for the UK’s government to open international travel “as soon as possible” and add “low-risk” nations such as the US to its green list.

It confirmed reports that more members of staff are to go onto the flexible furlough scheme and work part-time.

A BA spokesman said: ?”Like many companies we’re using the furlough scheme to protect jobs during this unprecedented crisis.

“However, it’s vital the Government follows its risk-based framework to reopen international travel as soon as possible, putting more low-risk countries, like the US, on its green list at the next available opportunity”.

The US administered 305,687,618 doses of Covid-19 vaccines and distributed 372,830,865 doses in the country as of Thursday morning, the U.S. Centers for Disease Control and Prevention said.

The UK will start donating vaccines to countries in need within weeks, with at least 100 million surplus doses being distributed in the next year, Boris Johnson announced as G7 leaders gathered in Cornwall.

The group of seven leading industrialised nations are expected to collectively agree to provide a billion doses of vaccine in an effort to end the pandemic in 2022. 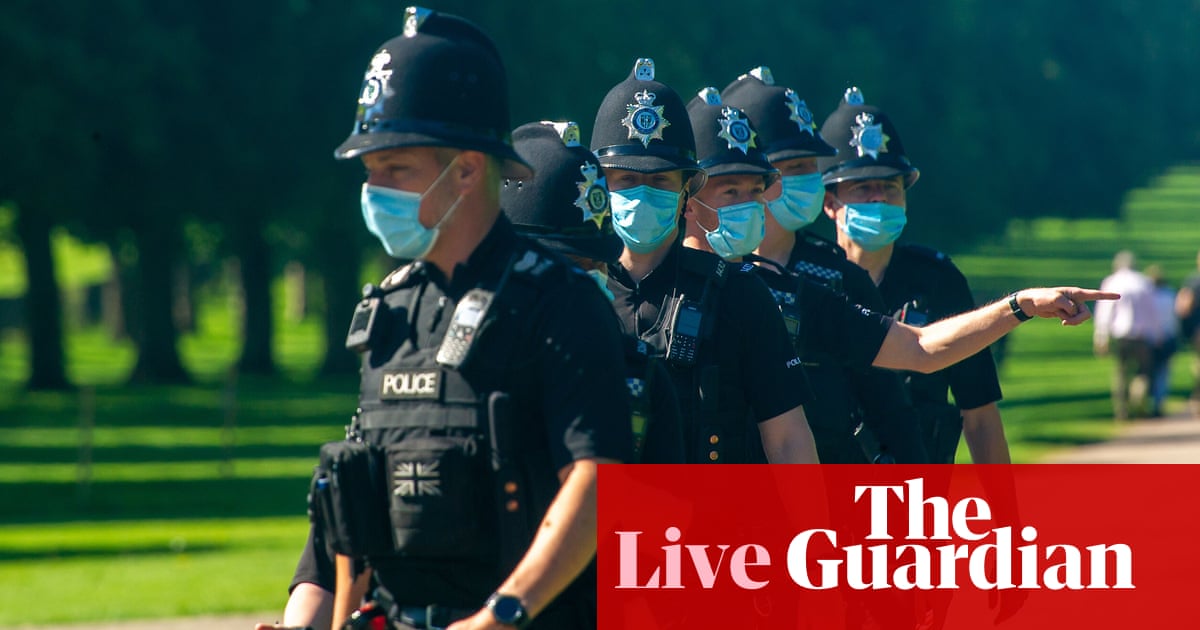 CORONAVIRUS is overwhelming Ecuador as bodies are left to rot in the street while the morgues are totally full with corpses. Government officials claim 400 bodies have been...

AN Australian chancer has been called a “scumbag” after he bragged of selling individual loo rolls for £2.50 each ($5 AUD). The hoarder took to Facebook offering...