PARIS (REUTERS) – Barbora Krejcikova’s French Open campaign came to a premature end after the reigning singles and doubles champion said she had to withdraw from the...

PARIS (AFP) – Teenage sensation Carlos Alcaraz saved a match point and came back from 3-0 down in the final set to defeat Spanish compatriot Albert Ramos-Vinolas and make...

PARIS (REUTERS) – World number one Novak Djokovic completed a solid 6-2 6-3 7-6(4) victory over Slovakia’s Alex Molcan in the second round of the French Open on...

Feyenoord’s first-choice goalkeeper Justin Bijlow is likely to make his comeback from injury when they take on Italian side AS Roma in Wednesday’s Europa Conference...

NEW DELHI : Gujarat Titans stormed into the final of the Indian Premier League (IPL) in their debut season after David Miller’s blistering half-century secured a...

Real Madrid moving on from Mbappe, players and coach say

LONDON (REUTERS) – The Boehly-Clearlake consortium, which agreed terms to acquire Chelsea for 4.25 billion pounds (US$5.33 billion) earlier this month, passed the Premier...

DeChambeau withdraws from Colonial due to wrist injury

Bryson DeChambeau has decided to withdraw from this week’s PGA Tour event at Colonial Country Club in Fort Worth, Texas, as he continues his recovery from surgery to repair...

PARIS (REUTERS) – Barbora Krejcikova’s French Open campaign came to a premature end after the reigning singles and doubles champion said she had to withdraw from the Grand Slam following a positive test for Covid-19 on Wednesday (May 25).

Krejcikova, who returned to action at Roland Garros from an elbow injury that had sidelined her since February, was knocked out in the first round of the singles in which she was the second seed, losing to Frenchwoman Diane Parry in three sets.

Czech Krejcikova had been due to start her doubles campaign along with compatriot Katerina Siniakova.

“Last night, I started to feel bad and this morning I woke up with fever. I decided to get tested for Covid and it came back positive,” Krejcikova wrote on Instagram.

“I am extremely sad I won’t be able to defend my title in doubles here, but on the positive side I am glad I am injury free and can’t wait to get healthy and back to training.”

Another Czech player, Marie Bouzkova, was also forced to withdraw from Roland Garros after testing positive for the virus.

Bouzkova had been due to face Elise Mertens in the second round and she did not play her first-round doubles match either.

“Unfortunately, I tested positive for Covid-19 today for the first time, so I am withdrawing from both singles and doubles here in Paris,” she wrote on Twitter.

Krejcikova had been due to start her doubles campaign alongside compatriot Katerina Siniakova. 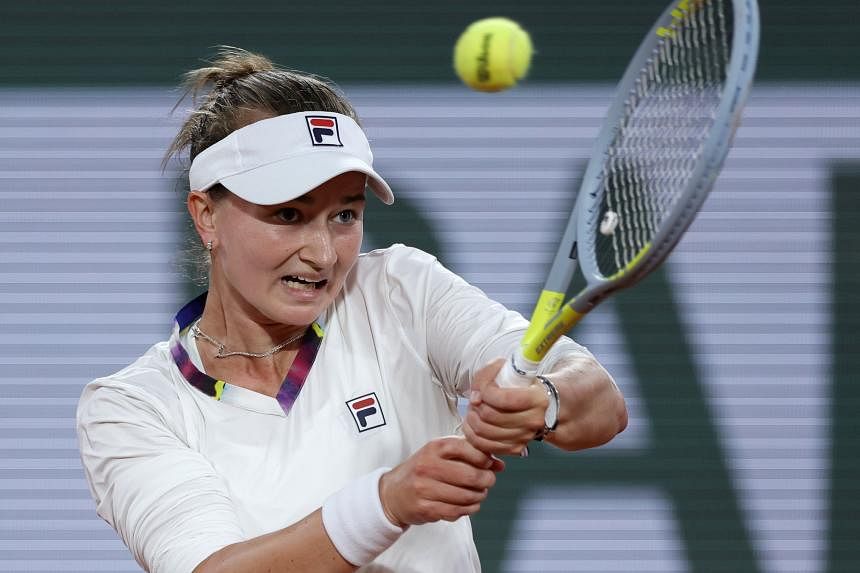 REUTERS: FIFA President Gianni Infantino said on Thursday (Oct 22) he is not interested in a European Super League amid reports that some elite clubs were in talks to set up a...

Football: Wolfsburg up to third with home win over Freiburg

BERLIN: US international John Brooks and Dutch striker Wout Weghorst netted as Wolfsburg jumped to third in the Bundesliga on Sunday (Jan 31) with a 3-0 home win over mid-table...