The social media systems developed on the blockchain are referred to as decentralized social networks. Many blockchains, such as the Hive and Steem networks, are excelling at...

ETH moved into the $1,200 region to start the weekend, as prices rose for a third consecutive session. Bullish sentiment has been missing from crypto markets in recent months,...

Authorities in Albania are finalizing regulations that will allow the taxation of income and profits from cryptocurrency investments. The government intends to begin imposing the...

Markets Are Tumbling: Will Bitcoin Offer an Answer to the Ongoing Global Recession? » The Merkle News

Bybit, a Singapore-based cryptocurrency exchange, has announced it will be expanding its operations to Argentina. The exchange wants to offer Argentinian citizens another platform...

Uphold, a New York-based cryptocurrency exchange, has announced it is closing its operations in Venezuelan markets. The company, which has already had problems with users in the...

An industry spread selloff in digital assets from significant exchanges and the fall of highly rated tokens like TerraUSD and Luna have triggered ripple effects across the crypto...

The shiba inu crypto community is anticipating the launch of the layer two (L2) scaling solution Shibarium after it was revealed that the public beta will launch in the third...

John McAfee’s Body Is Still in a Spanish Morgue a Year After He Passed, His Widow Wants Answers – Bitcoin News

A year ago on June 23, the anti-virus software tycoon John McAfee was found dead in a Spanish prison after Spain’s high court approved McAfee’s extradition to the United States....

SHIB was one of the notable movers in crypto markets on Saturday, as prices rose by over 10% to start the weekend.

The price of the meme coin rose to an intraday high of $0.00001178 in today’s session, which is the third straight daily gain in SHIB.

As a result of Saturday’s surge, SHIB/USD is now trading nearly 50% higher in the last seven days alone, making it one of the biggest movers within that period.

Should this week’s momentum continue upward, then bulls will likely attempt to recapture this point over the next few days.

A stumbling block could come via the 14-day RSI, which is currently tracking at a resistance point of 56.60, which is also its highest point since late March.

If SHIB bulls were to apply even more pressure on current bears, then we would likely need to see a breakout of this ceiling.

NEAR was another big gainer on Saturday, as bulls extended recent gains to a third consecutive session.

The world’s 25th largest crypto token rose to a peak of $4.39 earlier in the day, and this comes as its ceiling at $4.20 was breached.

The move sees NEAR climb to its highest point in over two weeks, with traders likely fixed on taking prices over $5.

In order to do this, there looks to be a slight ceiling at $4.75, which bulls must overcome, if they are to recapture this level.

As of writing, the 14-day RSI is tracking at a three-month peak, which is also a point of resistance, and could potentially prevent prices from climbing further.

Do you expect NEAR to break into the $5 level this weekend? Let us know your thoughts in the comments. 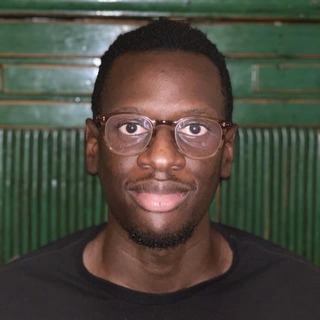 Eliman brings a eclectic point of view to market analysis, having worked as a brokerage director, retail trading educator, and market commentator in Crypto, Stocks and FX. American rapper and hip hop artist Megan Thee Stallion is giving away $1 million in bitcoin on Twitter to Cash App users. Thousands of people are participating and many claim to...

Digital currency markets have continued to slide downward in value as the crypto economy has dropped by 14% during the past 24 hours. Amid the market rout, the native Terra...