Brazilian president had a ‘direct’ role in spreading disinformation about the electoral process, a police report says. Brazilian President Jair Bolsonaro had a “direct and...

Flipkart IPO? The Latest News on When the “Amazon of India” Plans to Go Public

More details about the upcoming Flipkart initial public offering (IPO) are coming to light after the company’s CEO weighed in on the subject. Source: Burdun Iliya /...

‘He’s in real trouble now’: Tory MPs are viewing Boris Johnson as the problem Analysis: It’s not Downing Street, it’s him, says a minister, amid fears the PM’s strengths have...

The total value locked (TVL) in decentralized finance has slid 15.63% since the metric’s all-time high of $275 billion sixteen days ago on December 1. Since the end of the first...

Chinese Stocks Alert: What Is Going on With FUTU, TIGR Stocks Today?

Since December began, Chinese companies that trade on major U.S. exchanges have faced a difficult economic landscape as tensions have escalated between both governments. Early in...

T-cells in Pfizer Covid jab recipients stay robust against severe illness Research in South Africa raises hopes that similar responses may be present with other vaccines...

Efforts to save Iran nuclear deal ‘reaching the end of the road’ European negotiators issue warning as talks adjourned to allow Iranian envoy to return for consultation Rafael...

UEFA is in talks with the South American Football Confederation (CONMEBOL) over a joint Nations League that would see the likes of Brazil and Argentina feature in the expanded...

Brazilian president had a ‘direct’ role in spreading disinformation about the electoral process, a police report says.

Brazilian President Jair Bolsonaro had a “direct and relevant” role in spreading disinformation about the country’s electoral process during live streams on social media, according to a police document.

Federal police commissioner Denisse Ribeiro wrote in the document that Bolsonaro’s streams had a “clear purpose” of misguiding Brazilians over the integrity of the country’s elections, the Reuters news agency, which reviewed the police file, said on Friday.

In a political playbook similar to one used by former US President Donald Trump, Bolsonaro has said multiple times in the past months that Brazil’s electronic voting system was rigged during the 2018 presidential election, which he won.

He says he should have been elected in the first round of voting, but never presented any evidence of fraud.

He also has cast doubt on the integrity of next year’s elections, implying he might not accept the results if the electronic system is not changed to one that includes printed receipts that can be recounted.

Bolsonaro’s claims have been rebuffed by Brazilian judicial experts, and critics have accused the far-right leader – who has seen a drop in popularity amid a COVID-19 crisis in Brazil – of seeking to sow doubt ahead of the 2022 vote in order to dispute the results.

Bolsonaro currently trails former leftist President Luiz Inacio Lula da Silva in opinion polls. Lula, who led Brazil from 2003 to 2010, has 48 percent of the vote compared with 22 percent for Bolsonaro, according to a poll published on Thursday by leading firm Datafolha.

That means if the elections were held today, Lula would have enough votes to win in the first round. Brazilian electoral law requires a candidate to win more than half of all valid votes, subtracting blank and spoiled ballots.

Datafolha’s previous poll in September found Lula with 44 percent of the vote, compared with 26 percent for Bolsonaro.

Brazil’s president office did not immediately respond to a request for comment from Reuters about the federal police document.

Ribeiro noted in her report that the president questioned the actions of a series of public workers involved in the electoral process, while also promoting misinformation backed by his conservative supporters.

“This investigation allowed us to identify that His Excellency President Jair Messias Bolsonaro had a direct and relevant action in promoting disinformation, following a pattern already used by other countries’ governments,” she said.

The report was sent to Supreme Court Justice Alexandre de Moraes, who is leading an inquiry into fake news.

The federal police investigation was prompted by a video broadcast by Bolsonaro in August in which he raised a number of questions about the safety of the electronic voting system used in Brazil since 1996.

Neither Bolsonaro nor Lula has officially declared their candidacy for next year’s presidential election in Latin America’s largest country.

Brazilian president had a ‘direct’ role in spreading disinformation about the electoral process, a police report says. 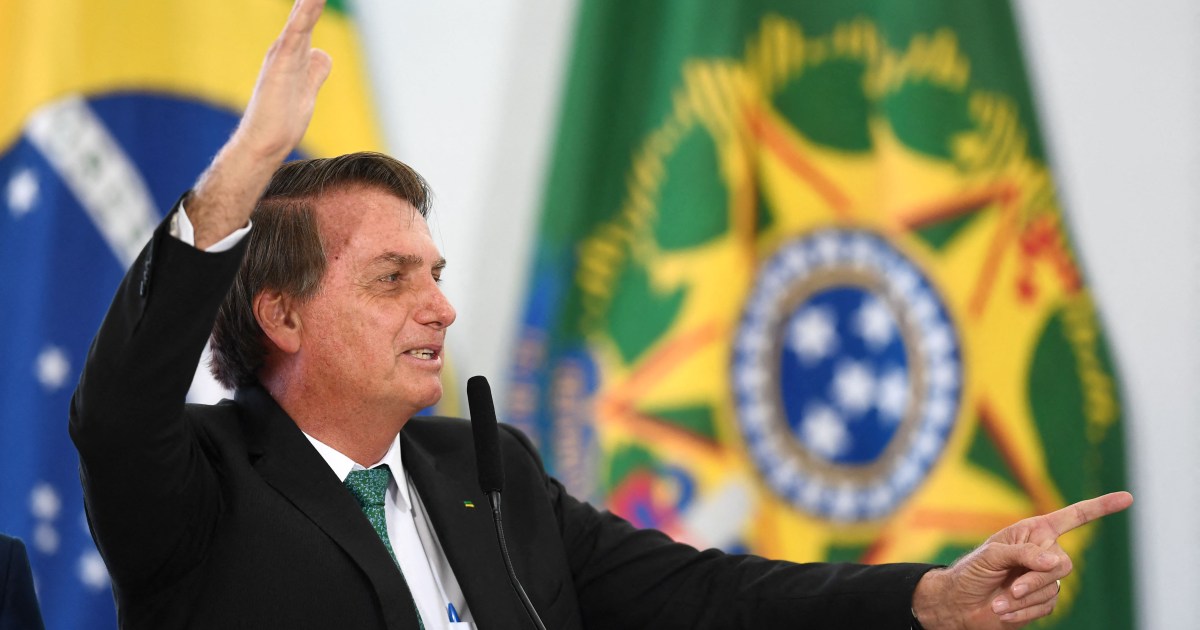 WHO member states have agreed on an independent review of the global pandemic response at a virtual meeting of the World Health Assembly. China has...

Why Carnival Stock Will Sink Further

The shares of Carnival (NYSE:CCL), which is the largest cruise operator in the U.S, have plunged with breathtaking speed.Other cruise stocks like Norwegian (NYSE:NCLH) and Royal...