BENGALURU : Chloe Kelly must own the moment she won England their first major honour at the European Championship and not settle for anything less than she deserves when...

A COP’S comment has sparked riots after he said a woman who was gang-raped was lucky it only happened once. Hundreds of furious locals took the streets following the rape of...

CHINA sent 22 warplanes hurtling into Taiwan’s airspace as the giant nation continues to flex its military muscles in a message to the US. Communist forces sent the fighter...

How to protect your cash and even MAKE money as interest rates hit 1.75%

The Bank of England hiked the base rate from 1.25 to 1.75 percent in a bid to address the country’s soaring inflation rate and warned a recession is likely to start later this...

UKRAINE has revived a conspiracy theory that Russia is using body doubles to stand in for Vladimir Putin, and points to his changing ears as proof. Rumours have swirled for months...

Bitcoin (BTC-USD) prices are a hugely-influential force on the entire crypto market. This is a major detriment to the market’s potential for growth; given Bitcoin’s whiplash ups and downs — especially in the last year — investors loathe trusting the asset as a safe vessel for investing. But what if that jarring price momentum slowed down drastically? Bloomberg Intelligence is releasing a report that suggests exactly that possibility.

With a market capitalization of $440 billion, Bitcoin is an absolutely massive project. This value places the coin among even the largest traditional stocks in the world. Moreover, it makes Bitcoin worth nearly half of the entire crypto market, valued at just over $1 trillion. This size makes Bitcoin an authoritarian force within the crypto industry; the market doesn’t trend up without Bitcoin trending up, and it doesn’t trend down without Bitcoin trending down. It’s the pacesetter for all crypto price action.

This has its benefits, but also its drawbacks. Some investors enjoy knowing that their entire portfolio will shoot up if Bitcoin catches a growth spurt. However, Bitcoin prices are typically a purely speculative affair. Developers aren’t working to turn Bitcoin into a decentralized application (dApp) network a la Ethereum (ETH-USD). And while upgrades like Taproot help speed up transactions, most people are only buying the asset to load it into a cold wallet, rather than trade it.

With the recent crypto crash knocking the entire industry down several pegs, investors got to see this speculative model rapidly sour. In barely over a month, the coin lost half of its value, accelerating a steady decline that had been occurring since January. But, could this tumble bring an end to the coin’s jolty nature? A new report from Bloomberg analysts believes so.

Bitcoin price movement is unlike anything investors have seen on the traditional stock market, that’s for sure. But what if the asset were to cool down from its volatility and settle into a more stable pattern of growth and contraction? According to a report from Bloomberg Intelligence, the stage could be set for just that.

The research team at Bloomberg has released a new report on Bitcoin, and they posit that under the right conditions, Bitcoin could very well settle into behavior similar to commodities like gold and U.S. Treasury bonds.

The report likens Bitcoin’s price movement amid the crash to the effects of Federal Reserve policies on Treasury bond values. Both of these assets are holding well below their moving averages — something that is particularly unusual for Bitcoin. Indeed, BTC price movement is usually very sporadic, not staying in the same place for long. With this in mind, analysts hypothesize that Bitcoin could experience mean reversion at a similar rate to Treasury bonds. This would mark a shift in price behavior from its typical hyper-volatility.

With these factors in mind, the report suggests the stage is set for a shift in Bitcoin prices away from commodities and more toward stable bonds. The report already notes a growing shift in investor mindset, with buyers holding the coin like a store of value purchase rather than a quick pump-and-dump play.

All-in-all, this prediction would be great for existing buyers, while also expanding the appeal of Bitcoin for new buyers. With the coin behaving more predictably, many more investors would be keen on adding BTC to their portfolios.

On the date of publication, Brenden Rearick did not have (either directly or indirectly) any positions in the securities mentioned in this article. The opinions expressed in this article are those of the writer, subject to the InvestorPlace.com Publishing Guidelines. 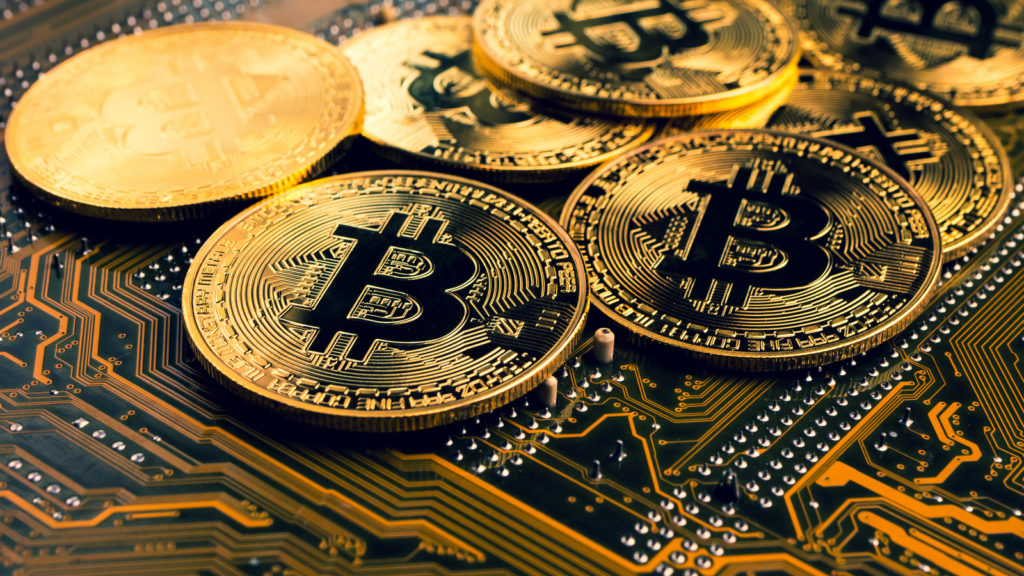 No need to do a double take because, yes, that number is accurate. In late trading today, seven Dow stocks were saddled with losses of 10% or more as Monday, March 9, 2020 looked...

With shares of ContextLogic (NASDAQ:WISH) up 16% in the past five trading sessions, should investors take a leap of faith on the e-commerce start-up? Source: sdx15 /...