sponsored Upland is a mobile-first blockchain metaverse that allows users to buy virtual properties based on real world addresses, build on those properties to increase their...

Is Bed Bath & Beyond (BBBY) Stock the Next Big Squeeze?

Source: Shutterstock Bed Bath & Beyond (NASDAQ:BBBY) stock is rising on Friday as interest in meme stocks increases alongside several bits of news today. First off, traders...

What Is Going on With Fisker (FSR) Stock Today?

Source: T. Schneider / Shutterstock.com Fisker (NYSE:FSR) stock is moving on Friday after revealing order data for its electric vehicles (EVs). According to a press release from...

What Is Going on With Polestar (PSNY) Stock Today?

Source: Robert Way / Shutterstock.com Polestar (NASDAQ:PSNY) stock is in the spotlight today amid mounting delisting fears and a recent $10.1 million order. Polestar operates as a...

Since 2008, Israel has waged four wars on Palestinian territory killing nearly 4,000 people, many of them children. Palestinian mourners held a funeral for a fighter who succumbed...

3 Undervalued Airline Stocks to Buy Before They Take Off

It’s been an extremely difficult few years for the airline industry. Carriers around the world were more directly impacted by the Covid-19 pandemic than just about any other...

Nuclear accidents can happen in Europe too: Russian ex-president

Republicans on the House Intelligence Committee held a chaotic press conference Friday in which they deflected from the possibility that former President Donald Trump put U.S....

Hugo Velazquez Moreno has said he will resign and end his plans to run for president, but plans to fight the accusations.

Paraguay’s Vice President Hugo Velazquez Moreno has said he will resign following allegations of corruption by the United States.

US Ambassador to Paraguay Marc Ostfield announced Friday morning that Velazquez was included in a corruption list for allegedly offering bribes to a public official. Velazquez has said he will resign next week so he can defend himself against the allegations.

“It really hit me like a bucket of cold water,” Velazquez said during an interview with a local radio station. “I don’t know what he’s referring to because he didn’t give too many details.”

The announcement has jolted the political scene in Paraguay, where Velazquez was a member of President Mario Abdo Benitez’s administration and was expected to run as a presidential candidate for the Colorado Party in next year’s elections.

Shortly after Ostfield made the announcement, Velazquez stated he was innocent but said he would drop his candidacy and tender his resignation to Congress next week.

Juan Carlos Duarte, a former prosecutor who is a close associate of Velazquez, was also included in the corruption list.

US Secretary of State Antony Blinken said that Velazquez had taken part in “significant corruption, including bribery of a public official and interference in public processes,” in a news release on Friday.

Specifically, Blinken alleged that Duarte offered a bribe of more than $1m to a public official in order to obstruct an investigation that threatened Velazquez and his “financial interests”.

Ostfield claimed that the designation has “nothing to do with politics” and that the US will continue to collaborate with the Benitez administration on areas of mutual interest.

As a result of the designations, Velazquez, Duarte and their immediate family members are banned from entering the US.

Velazquez has said he is “completely and totally” in the dark about the allegations detailed by Ostfield, and has said he will resign in order to “go out like a common citizen to defend what I think is an injustice”.

Duarte, Velazquez’s associate, is also legal counsel for the entity that operates the Yacyreta Dam, jointly owned by Paraguay and neighbouring Argentina.

“Duarte’s act of corruption abused and exploited his powerful and privileged public position within the Yacyreta Bi-National Entity, risking public confidence in one of Paraguay’s most vital economic assets,” the US Department of State said.

The allegations come several weeks after Paraguay’s former president Horacio Manuel Cartes was included in a US corruption list for involvement in “significant corruption”.

Cartes was in office between 2013 and 2018, and Blinken accused him of obstructing an international investigation into transnational crime “in order to protect himself and his criminal associate from potential prosecution and political damage”. The US also accused Cartes of ties to a terrorist organisation but did not offer specifics.

Hugo Velazquez Moreno has said he will resign and end his plans to run for president, but will fight the accusations. 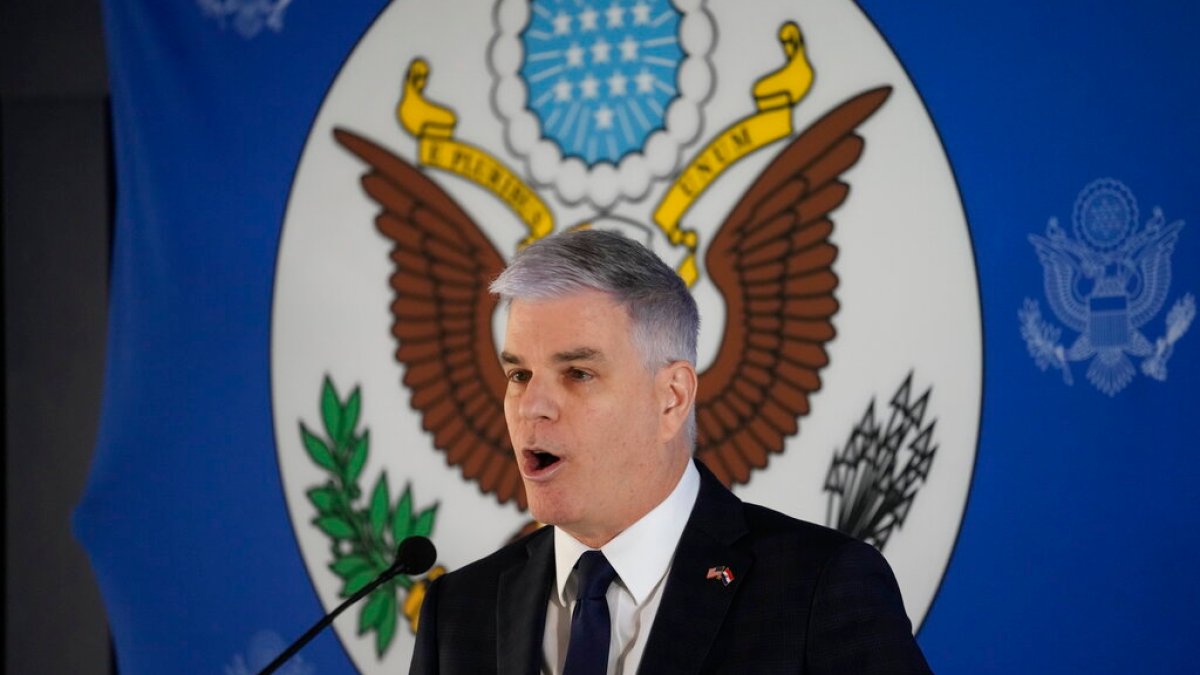 After Cyclone Idai battered southern Malawi last year, the hotline Weston Msowoya manages was flooded with calls. They were reporting cases of young girls being married off in the...

Can the Gains Continue for Intel Stock?

Back in the 1990s, the shares of Intel (NASDAQ:INTC) and Microsoft (NASDAQ:MSFT) would grow in lock-step. They were two of the surest things in the investment world. Source:...