China’s State Council announced it would crack down on bitcoin trading and mining in late May of this year. After the local government of Sichuan issued a ban on crypto...

“We have been clear ahead of the next Charter we will undertake a detailed look at the Licence Fee model itself, and introduce any necessary reforms. “In addition, the BBC has...

Cryptocurrency exchange Binance will no longer provide services in the Canadian province of Ontario. The decision comes amid ongoing regulatory pressure on digital asset trading...

Sport Tokyo Governor Yuriko Koike will extend her convalescence for fatigue for a few more days on orders from her doctor, the city’s government said on Sunday, just weeks...

Soccer-Germany not big on penalty preparation for England game – Havertz

Sport Germany are not doing major penalty training ahead of their Euro 2020 round-of-16 match against England at Wembley stadium on Tuesday, saying they hope to finish off the...

TOKYO: Olympic teams should be immediately isolated if they arrive in Japan with a person infected with coronavirus, a Games official said Sunday (Jun 27), after members of...

Delta Covid variant may be edging race against vaccines

The transmission advantage of the Delta variant that is spreading at pace globally is a sign that the race between vaccination and the virus could tip in favour of the latter...

ROME: By the end of the night, it was all smiles in the Italy camp. But behind the beaming grin of Federico Chiesa or the relieved expression of manager Roberto Mancini was an...

PSFE Stock Is a Buy After the Post-Meme Trading Dip

Paysafe (NYSE:PSFE) stock popped a bit lately due to some social momentum traders taking a liking to it. This momentum won’t last. PSFE stock will fall back down. When it does,...

As the spotlight turns once again towards the environmental impact of blockchain technologies, support for the Crypto Climate Accord has come from curious corners of the industry,...

China’s State Council announced it would crack down on bitcoin trading and mining in late May of this year. After the local government of Sichuan issued a ban on crypto mining a week ago, the hashrate dropped substantially. China’s ban drove cryptocurrency miners overseas and the offlining of so many mining rigs is set to cause the mining difficulty level to drop. The cryptocurrency value went up from $30,513 to $33,563, at one point spiking in a surge of 9.2 percent.

Now the hashrate is rising as miners outside of China take advantage of the new coming difficulty level change, with one expert claiming this shows the “underlying integrity of bitcoin’s protocol”.

“China’s economy is structurally unstable due to corruption and debt.

“They simply couldn’t handle the underlying integrity of bitcoin’s protocol.”

On Saturday, bitcoin’s hashrate managed to climb back above the 100 exahash per second level.

Because of Beijing’s ban on mining and the offlining of the operations in China, the hashrate had fallen to a low of 91 EH/s three days ago.

The bitcoin network’s mining difficulty change is coming and it could see the difficulty drop by over 20 percent allowing small mining operations to become profitable.

The network’s mining difficulty is currently at 19.93 trillion and the change could bring it to 15.83 trillion next week.

Over half of global bitcoin production was centred in China

However, now miners are fleeing the country to seek refuge in places such as Texas, and Kazakhstan.

Last week, speaking to Reuters, Mike Huang, operator of a crypto-mining farm in the southwest province of Sichuan said: “Many miners are exiting the business to comply with government policies.”

The Financial Conduct Authority has just ordered cryptocurrency exchange Binance that it must stop any regulated activities without its prior written consent.

Speaking about institutional aversion to bitcoin in the UK and how it is similar to the crackdown in China, Mr Keiser said: “Britain is similarly mired in corruption and self-deceit.

“The British people are starving for the integrity of bitcoin.

“The government won’t have it.

“I predict an insurrection.” 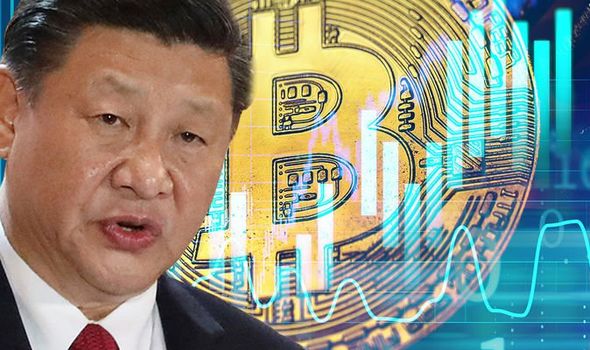 BITCOIN has bounced back today with a surge of nearly 10 percent as the mining hashrate readjusts after the latest crackdown from China. 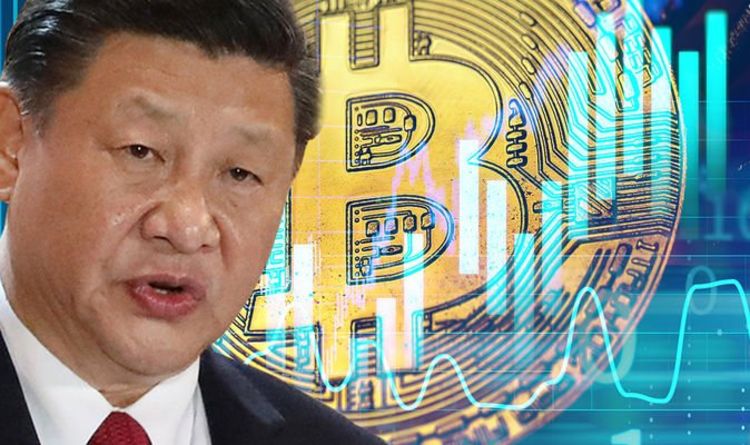 Delivering his urgent message on The Emma Barnett Show on BBC Radio 5Live, he explained today is the final day a person can apply for this second grant. “The second SEISS...

Can Seanergy Maritime Stock Add 150% Over the Next Year? This Analyst Says ‘Yes’

Over the past 5 years, with significant shareholder dilution along the way, Seanergy Maritime (SHIP) stock has declined by an incredible 99.70%. As investment sage, Warren Buffet...