Bitcoin Cash (BCH) proponents have recently been discussing the amount of value participants have been sending onchain. For quite some time now, statistics show the BCH chain has...

High Interest Rates on Cryptocurrency Loans are not Sustainable

One peculiar trend in the cryptocurrency industry is how crypto loans can become very lucrative. A lot of platforms and services now offer interest rates of up to 10% for specific...

A common attack against Tether in the crypto ecosystem is that the stablecoin isn’t really backed one-to-one by the U.S. dollar. We might soon get to know if these concerns are...

The Habits of Highly Effective Leaders

When employees have a boss that is caring, honest, supportive, and respectful, it can work all kinds of wonders on employees morale and productivity. 94% of employees with great... 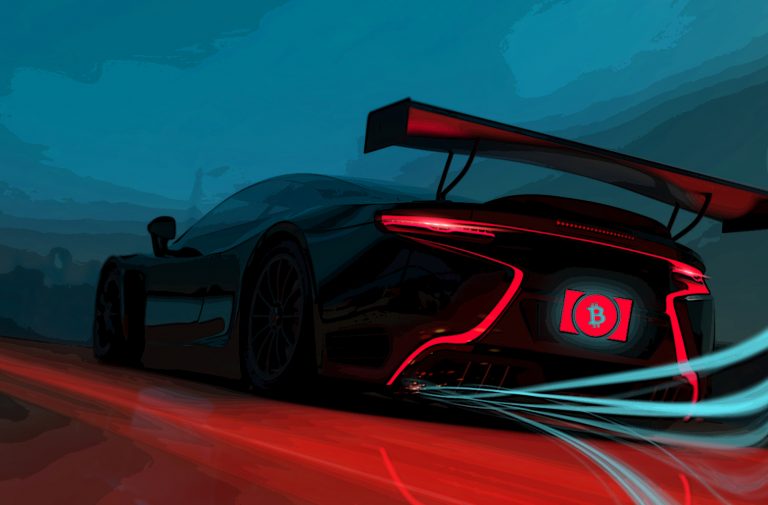 Bitcoin Cash (BCH) proponents have recently been discussing the amount of value participants have been sending onchain. For quite some time now, statistics show the BCH chain has been moving more money than the ETH network in terms of USD value sent per day. With extremely low network fees, a good portion of people are choosing to move funds onchain with the Bitcoin Cash network.

BCH is currently the blockchain that moves the second-highest amount of value per day and the network has kept this pace week over week for a while now. News.Bitcoin.com reported on the transaction volume or the total amount of value transacted through the blockchain back in July. Peter Ryan the founder of Ryan Research did a comprehensive report on the transaction volume. “While Bitcoin Cash might be fifth by market cap, its transaction volume is now 2nd,” explained Ryan’s analysis at the time. “Around mid-May, that volume started to really take off and exceeded $2 billion per day.”

Bitcoin Cash is still outpacing ETH as far as money sent onchain and data shows this trend hasn’t slowed down. For instance, on October 7 the BCH chain sent $375 million in value while ETH sent $249 million. The situation was the same throughout August and September after Peter Ryan’s analysis in the summer. On some occasions, BCH sent significantly more value than other blockchains in the last few months. On August 29, BCH sent 140% more than the Ethereum network with $821 million sent onchain, while the ETH network saw $342 million sent that day. Despite the naysayers, BCH gets steady daily use and gets a rough average of around 40,000 transactions per day. On September 2, the BCH chain saw a 2019 record of 660,156 transactions that day.

The Second Most Valuable Chain

Supporters of BCH celebrated the fact that the Bitcoin Cash network is the second most valuable blockchain and many believe things are just getting started. “Sounds great, but, these transaction levels are nothing like the future we are approaching — It is very exciting,” one person commented on Reddit. The r/btc moderator u/Beijingbitcoins further added that the CEO of cheapair.com said that BCH is the second-most used cryptocurrency on the travel platform, after BTC. “Very impressive result for BCH and its fans,” another person remarked.

Many supporters were happy with the achievement and acknowledged that BCH had surpassed ETH in terms of USD moved daily since the spring. People are moving the value for fees that are far cheaper than the ETH network’s $0.05-0.15 per transaction and it is 480X more expensive to transact on the BTC chain in USD, according to Coin Dance statistics. On October 8, data shows the average BTC fee is $0.60 for the average transaction, while BCH is only $0.002 per transaction.

Further, the network and third party resources surrounding the BCH environment has been growing relentlessly as developers have delivered a lot of code over the last two years with innovative developments like Schnorr signatures. And projects like Cashshuffle and the Simple Ledger Protocol have bolstered the chain immensely as well. BCH fans seemed to be focused hard on the payments goal and they expect a whole lot more value to be sent onchain going forward.

What do you think about BCH being the second most valuable blockchain in terms of USD sent daily? Let us know what you think about this subject in the comments section below.

Bitcoin Cash (BCH) proponents have recently been discussing the amount of value participants have been sending onchain. For quite some time now, statistics show the BCH chain has been moving more money than the ETH network in terms of USD value sent per day. With extremely low network fees, a good portion of people are […]

It would appear that the ICO industry has ground to a complete halt. Instead, the IEO business model now takes center stage, albeit the returns aren’t always guaranteed. Most...

To celebrate the third anniversary of Bitcoin Cash, the world-class gaming platform Bitcoin Cash Games is launching a leaderboard tournament worth $3k. On August 1, the Bitcoin...