India’s Interior Minister Amit Shah, a close aide to Prime Minister Narendra Modi, has been admitted to hospital after testing positive for coronavirus. “I request all...

Ernest Hemingway Experts find hundreds of errors in the writer’s works, mostly made by editors and typesetters Typesetters changed Hemingway’s punctuation and verb tense when...

Nancy Pelosi Says She Does Not Have Confidence In Dr. Deborah Birx

Even though many esports tournaments this year have been postponed or canceled due to the coronavirus pandemic, Riot Games announced that it will hold the League of Legends World...

Mexico has recorded more than 9,000 daily coronavirus cases for the first time, as the country overtook the UK with the world’s third-highest number of deaths from the pandemic...

SILVERSTONE, England: Formula One returnee Nico Hulkenberg’s British Grand Prix ended before the race had started on Sunday, with Racing Point unable to fire up his car in...

Holocaust Diaries and manuscripts turn spotlight on little-known acts of endurance and bravery A Jewish Lithuanian partisans’ group ‘The Avengers’ on their return to Vilna at the...

Russia’s bill to regulate cryptocurrencies has been signed into law by President Vladimir Putin. The new law gives legal status to cryptocurrency but prohibits its use as a means...

Here’s What We Like About Intel’s (NASDAQ:INTC) Upcoming Dividend

Intel Corporation (NASDAQ:INTC) stock is about to trade ex-dividend in three days. Ex-dividend means that investors that purchase the stock on or after the 6th of August will not...

The bad news is behind us, says McLaren’s Brown

Sport McLaren are in good financial shape after a troubled start to a year turned upside down by the COVID-19 pandemic, the Formula One team’s chief executive Zak Brown told...

India’s Interior Minister Amit Shah, a close aide to Prime Minister Narendra Modi, has been admitted to hospital after testing positive for coronavirus.

“I request all of you who came in contact with me in the last few days to isolate yourselves and get tested,” the 55-year-old wrote on Twitter on Sunday.

Shah said he got himself tested after exhibiting initial symptoms of COVID-19, the disease caused by the new coronavirus.

“My health is fine but I am being hospitalised on the advice of doctors,” he added.

Shah heads a ministry that has been at the forefront of managing the outbreak of coronavirus in the country.

India has the third-highest coronavirus caseload in the world behind the United States and Brazil, with nearly 1.75 million confirmed infections, according to Johns Hopkins University. The number of related deaths stands at more than 37,000, and there have also been almost 1.15 million recoveries.

Shah was appointed BJP president shortly after Modi’s election win in 2014, a post he held until earlier this year. Modi named him to the powerful home ministry after he was re-elected last year.

Shah’s tenure as interior minister has been marked with controversy after the revocation of Article 370 of India’s constitution that guaranteed Indian-administered Kashmir a level of self-autonomy, as well the introduction of the National Register of Citizens, or NRC – an exercise to identify undocumented people across India.

Shah is the most senior Indian politician to have tested positive for coronavirus, and also the latest high-profile public figure in the country to be diagnosed with COVID-19 since actor Amitabh Bachchan and members of his family revealed they had tested positive last month.

Bachchan, who was hospitalised on July 11, was discharged after his latest coronavirus test came back negative.

🙏🏽 my father, thankfully, has tested negative on his latest Covid-19 test and has been discharged from the hospital. He will now be at home and rest. Thank you all for all your prayers and wishes for him. 🙏🏽

His actor son, Abhishek Bachchan, who is still in the Nanavati Super Speciality Hospital with the virus, said his father would rest at home.

Close aide to Indian PM Narendra Modi says his ‘health is fine’ but is being hospitalised ‘on the advice of doctors’. 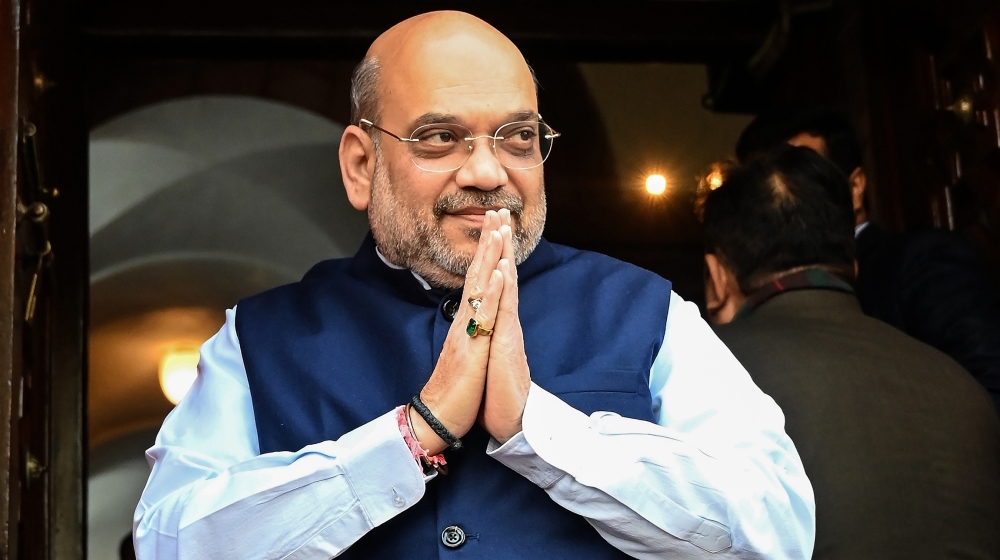 Montreal, Canada – For years, Dr Tarek Loubani has been guided by a simple principle: all patients, no matter where they live, should have equal access to high-quality...

JCPenny (OTCMKTS:JCPNQ) is closing more stores in 2020 and InvestorPlace has collected a list of the affected locations. Source: Supannee_Hickman / Shutterstock.com The JCPenney...