American Mikaela Shiffrin tied the all-time mark for World Cup wins in a single discipline when she beat Slovakia’s Petra Vlhova to capture her 46th slalom victory on Sunday...

LISBON: Portugal’s soccer league said on Sunday it would start a disciplinary process to investigate if this weekend’s match between Benfica and Belenenses SAD –...

Famed investor Jeremy Grantham says the next decline will be ‘bigger and better’ than anything in US history — here are 3 of his safe haven stock picks Jeremy...

Royal-founded charity calls for essential goods donations, so all can have Happy Christmas

Chief executive Rosanne Gray expects demand to be even higher this year due to rising energy bills, higher food costs, the end of furlough, and the cut in universal credit. She...

Atletico up to second with win in Cadiz

Atletico Madrid turned around a poor first-half performance to score four goals after the break and earn a 4-1 win at Cadiz on Sunday that put them second in the LaLiga standings....

LONDON : Manchester United caretaker manager Michael Carrick said he was leaving Stamford Bridge disappointed after his side were pegged back by Chelsea in a 1-1 draw for his...

AN EVIL husband used a deadly snake to kill his wife as she slept in a bid to get away with murder. Suraj Kumar’s plot was uncovered just months after his 25-year-old wife...

Chelsea’s lead at the top of the Premier League was cut to a point after they were held at home by Manchester United while rivals Manchester City beat West Ham United 2-1 on...

Virgil Abloh: Off-White designer dies at 41 The fashion maverick, also creative head at Louis Vuitton, had been suffering from an aggressive form of cancer for two years Virgil...

TURIN, Italy: Italy forward Federico Chiesa could be out of action until after the Serie A winter break, his club Juventus confirmed on Sunday, after he picked up a thigh injury...

American Mikaela Shiffrin tied the all-time mark for World Cup wins in a single discipline when she beat Slovakia’s Petra Vlhova to capture her 46th slalom victory on Sunday in Killington, Vermont.

Shiffrin trailed reigning overall World Cup champion Vlhova by 0.20 seconds after the first run but returned the fastest second run while her rival got wrong-footed early to drop into second place.

The victory brought 26-year-old Shiffrin level with Sweden’s Ingemar Stenmark for the most World Cup wins in any single discipline.

“It was a big fight today,” two-times Olympic champion Shiffrin, who finished second to Vlhova in both slalom races last week in Finland, said through tears.

“I’m quite happy with how I skied the second (run) and a small mistake, not as big as Petra’s mistake, but just starting to bring back the fight and it means even more to do it in the second run.”

(Reporting by Frank Pingue in Toronto; editing by Clare Fallon) 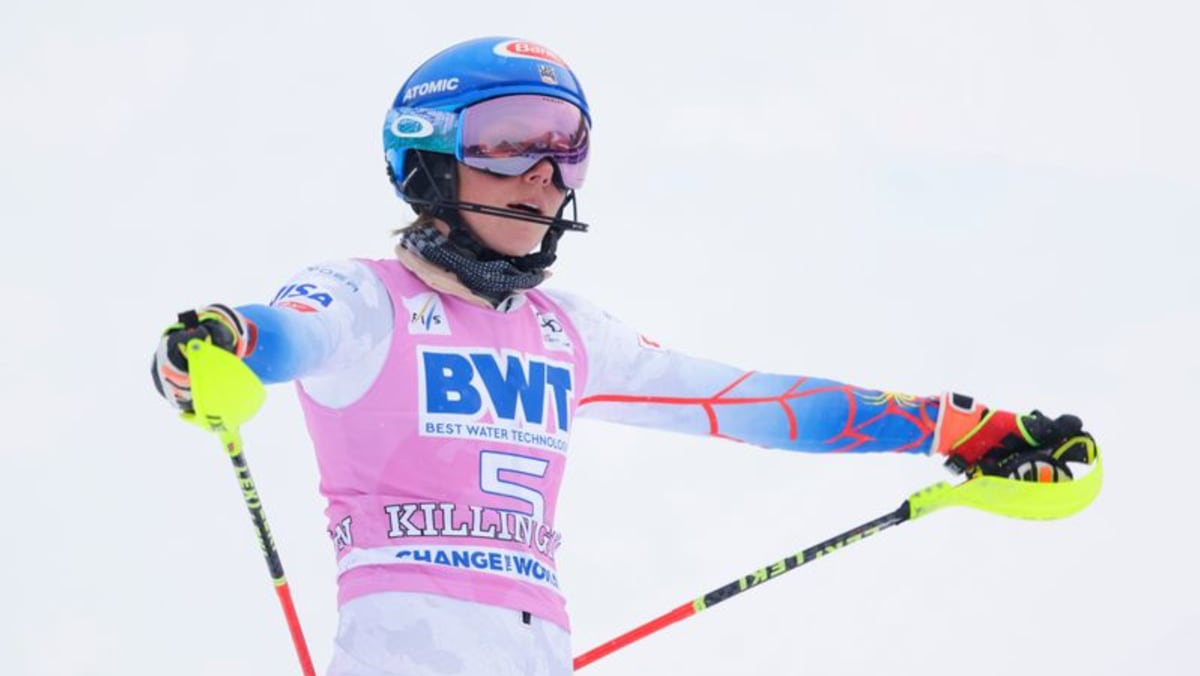 PARIS: This year’s one-day Paris-Roubaix cycling race that passes through northern France has been cancelled due to the coronavirus pandemic, organisers ASO said on Friday...

BUDAPEST: Hungary need cohesion, discipline and a fair bit of luck against defending champions Portugal if they are to make a good start to their Euro 2020 Group F campaign, coach...