More Market-Beating Returns Are on the Way for PENN Stock

In the wake of the Covid-19 outbreak, a number of markets took a major hit. The gambling market was heavily impacted by the spread of the novel coronavirus, and the initial...

Restoration Hardware (NYSE:RH) earnings for the home furniture retailer’s fiscal first quarter of 2020 have RH stock down on Friday. That’s due to its adjusted earnings per share...

If you’ve been in the investing game for a while, you’ll surely recall the tragic day when Apple (NASDAQ:AAPL) founder Steve Jobs passed away. At that time, some financial pundits...

Royal Caribbean Cruises Is One Giant Disconnect from Reality

Ever since the novel coronavirus began sending unemployment figures into almost comical record heights, observers have commented about a severe disconnect between Wall Street...

Mythical buses full of bloodthirsty antifa protestors are causing panic in rural counties throughout the country — even though there’s no evidence they exist. The Associated Press...

Serena Williams’ husband Alexis Ohanian — the co-founder of Reddit — resigned from Reddit’s board of directors today. He announced the move in a tweet, urging the company to hire...

What should the inevitable Harry Potter HBO Max series look like?

Harry Potter is one of the most popular franchises in the world. Warner Bros. — which owns the film rights to J.K. Rowling’s Wizarding World — is hungry for fresh content that...

Football: Kane hopes Spurs can be single-minded in Euro chase

LONDON: Harry Kane hopes Tottenham can benefit from focusing solely on the Premier League when the battle for a place in next season’s Champions League resumes. The English...

More Market-Beating Returns Are on the Way for PENN Stock

In the wake of the Covid-19 outbreak, a number of markets took a major hit. The gambling market was heavily impacted by the spread of the novel coronavirus, and the initial descent in Penn National Gaming (NASDAQ:PENN) stock was undoubtedly worrisome for shareholders. 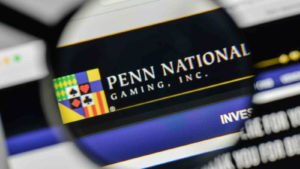 The recovery in the share price, however, was nearly as swift as the decline. What could account for the incredible comeback in PENN stock? It’s mostly due to Penn National Gaming’s business model, which capitalizes on both in-person and online gaming.

But let’s not discount the resilience of the American gambler who won’t be stopped even by a pandemic. Moreover, the economy appears to be in recovery mode as lockdowns and shelter-in-place restrictions are gradually being lifted.

Does all of this add up to higher prices ahead for PENN stock? The factors at play here do indeed suggest that the bulls have the odds in their favor.

America Gets Back to Gambling

While Penn National Gaming has an important online presence, that’s only part of the overall picture for this company. In order for PENN stock to break through to the next level, casinos need to open up and gamblers need to start coughing up their hard-earned capital again.

Companies relying on in-person gambling had some tough times during the peak of the pandemic. During this time, the majority of U.S.-based casinos were closed for around 80 days. That’s close to a full quarter’s worth of financial results, so the fiscal impact was profound.

Thankfully for PENN shareholders, the American gambling market is already getting back on its feet. By June 4, dozens of Las Vegas casinos reopened for business. This was a relief for gamblers and investors alike as those casinos has been closed to the public since March.

Just imagine the gamblers’ pent-up demand by that point. Actually, you don’t have to imagine it, as there were actually people waiting to get in the casinos and start gambling at 12:01 a.m. on June 4.

That’s great news for Penn National Gaming, which has casinos in Las Vegas and in other parts of the American Southeast. Some casinos already reopened in that region last month.

Penn National Gaming received a 36% equity position in Barstool Sports in that transaction. But just as importantly, the company now has exposure to a huge audience that’s fascinated with sports, and therefore sports betting.

According to their arrangement, Barstool Sports agreed to promote Penn National Gaming’s casinos and products for a period of up to 40 years. Barstool Sports boasts a massive following of 66 million monthly unique users.

There are plans in progress to roll out a Barstool Sportsbook app in anticipation of the 2020-2021 football season. With this, Barstool Sports’ extensive fan base should provide a robust enhancement to Penn National’s already sizable database.

Jon Kaplowitz, the head of Penn Interactive for Penn National Gaming, understandably expressed eagerness to join forces with Barstool Sports. “After talking to every media company in the industry – both large and small – we knew when we found Barstool that they were the right partner for us… They have a powerful brand that’s been built over 17 years,” Kaplowitz explained.

The Final Word on PENN Stock

You don’t have to feel like you’ve missed out if you didn’t already profit from the recovery of PENN stock. With casinos reopening and Penn National Gaming collaborating with Barstool Sports, you can wager that the share price has more room to run.

Louis Navellier had an unconventional start, as a grad student who accidentally built a market-beating stock system — with returns rivaling even Warren Buffett. In his latest feat, Louis discovered the “Master Key” to profiting from the biggest tech revolution of this (or any) generation. Louis Navellier may hold some of the aforementioned securities in one or more of his newsletters.

You can capitalize on the red-hot sports-betting and gaming niches with a position in PENN stock shares.

The post More Market-Beating Returns Are on the Way for Penn National Gaming Stock appeared first on InvestorPlace.

Cannabis stocks have caught a bounce, and Canopy Growth (NYSE:CGC) has been one of the beneficiaries. CGC stock now has doubled from March lows. Source: Shutterstock It’s not...

When he retired from professional chess in 2005, Gary Kasparov was a rock star … the world’s greatest chess player. Source: Shutterstock At his peak, Kasparov held an “Elo rating”...